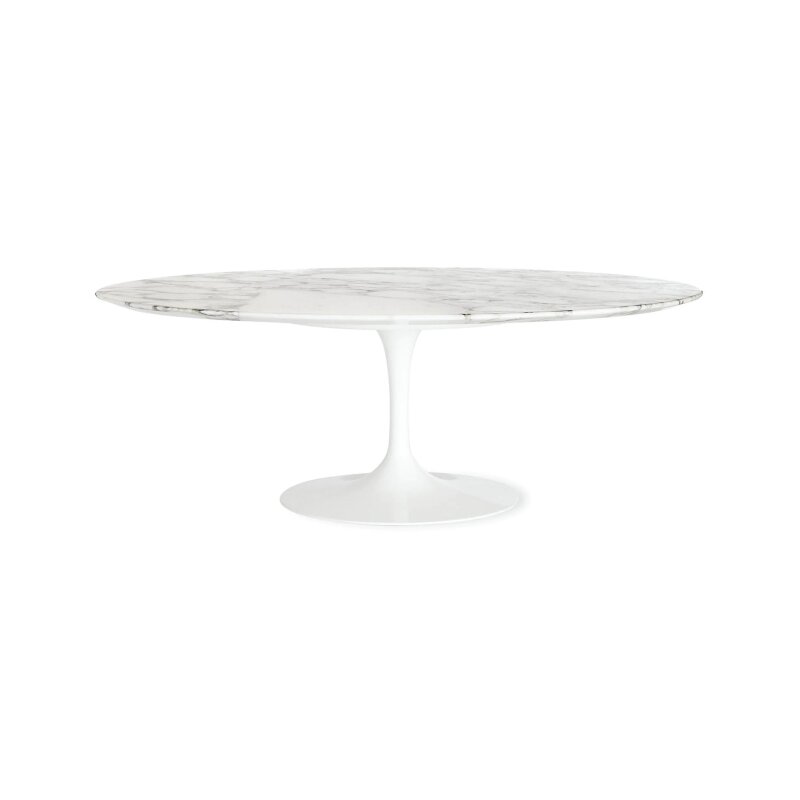 Architect Eero Saarinen was a genius at creating expressive sculptural forms. From his TWA Terminal (now the TWA Hotel) at New York’s JFK Airport to the Gateway Arch in St. Louis to his Pedestal Table (1956), there’s a magic in everything he created. The Saarinen Table began with his observation that "the underside of typical tables and chairs makes a confusing, unrestful world," and as he explained in a 1956 Time magazine cover story, he was designing a new collection to "clear up the slum of legs in the U.S. home." Later that year, he completed the Pedestal Table, which stands on a gracefully shaped cast-aluminum base inspired by a drop of high-viscosity liquid. This is the authentic Pedestal Table by Knoll; it’s stamped with the KnollStudio logo and Eero Saarinen’s signature. Tabletop made in Italy or U.S.A., depending on material.