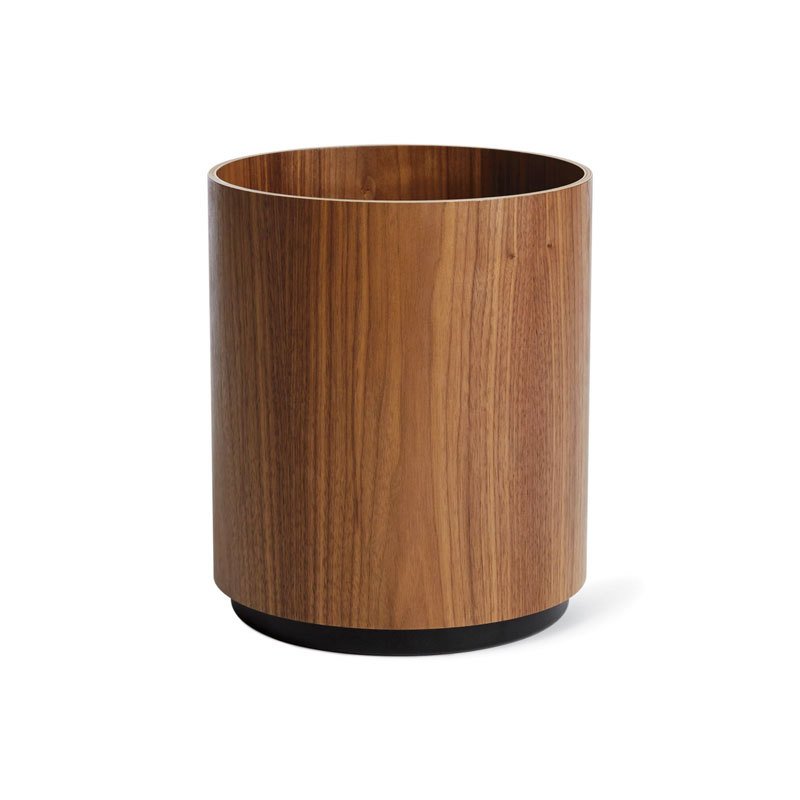 Born in Copenhagen in 1916, Jens Risom began studying in his youth under furniture maker Kaare Klint alongside the likes of Hans Wegner and Børge Mogensen. In 1939, he immigrated to the U.S. and began what became a towering career, initially marked by his designing most of the first collection for Hans Knoll Furniture and then by the founding of his own company in 1946, Jens Risom Design. Museum curators have credited him with providing a crucial link between Scandinavian and U.S. midcentury design, and his work is included in the collections of MoMA and the Cooper Hewitt, among many others. In the late 1950s, answering a call for accessories to accompany his popular commercial furniture, Risom introduced an assortment of desk pads, pens, ashtrays and eventually the Risom Wastebasket (1960s). It consists of a simple wood shell raised slightly on an inset plastic base to create a subtle suggestion of levitation, a Risom hallmark. Made in U.S.A.