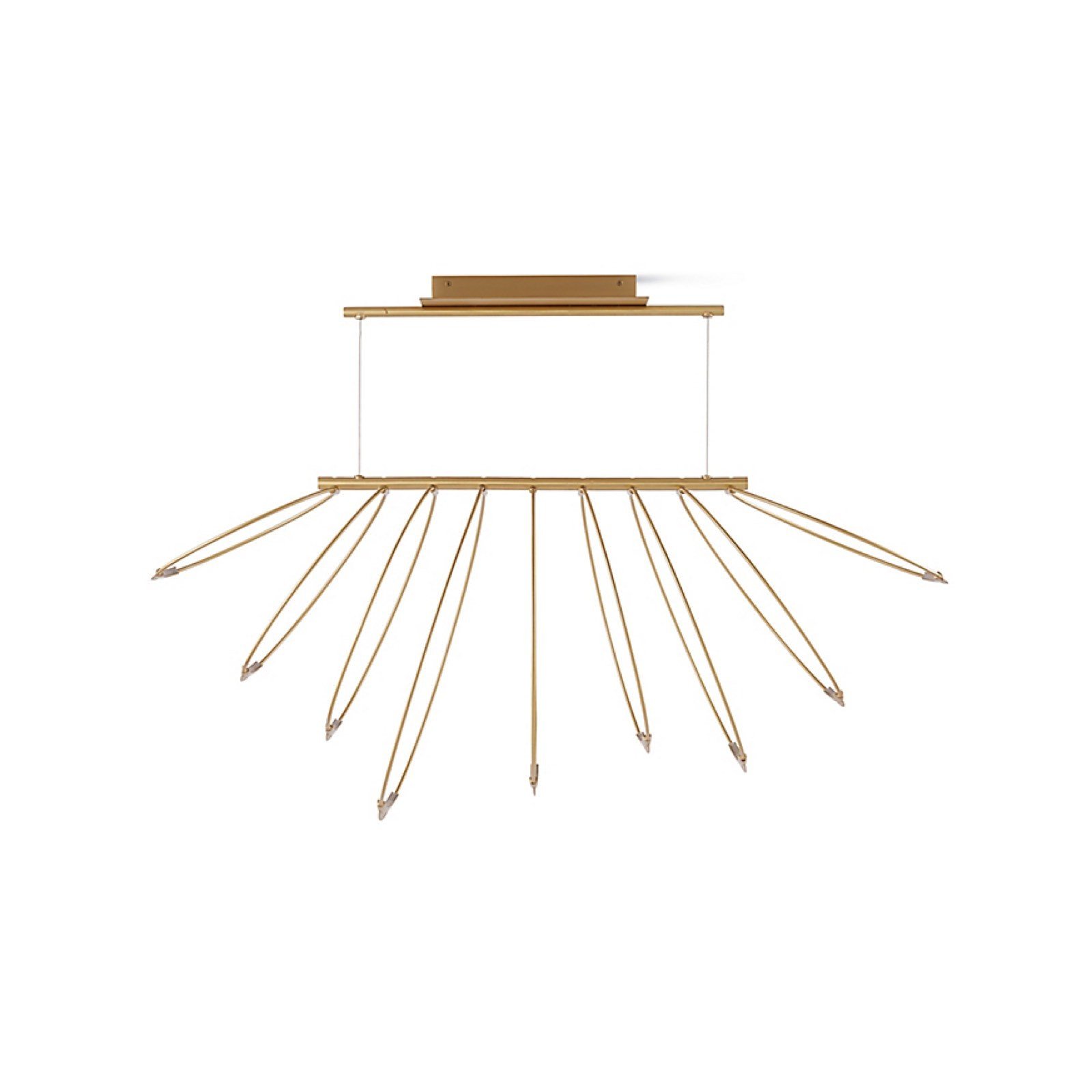 Architect and designer Elish Warlop (first name pronounced like "delish" without the "d") grew up in the shadow of the Rhode Island School of Design, eventually earning her MFA there with an emphasis on lighting. "Light can be both sculptural and functional," she says. "I think my work lives somewhere between those two places, between art and industrial design." For her Rings LED Chandelier (2016), Warlop was inspired by hoop skirts from the 1800s – specifically, by the way one such skirt moves in relation to itself and the wearer. Rings mimics this movement with its hoop-like design. "The lamp," she explains, "is not meant to be viewed from one angle but from many, illuminating its kinetic nature by creating multiple patterns along a steady backdrop. For me, that gives an object life." Warlop hopes viewers will appreciate the sculptural nature of the lamp just as much as the way it casts light: "I’d like for them to not only see the object itself but the object and the light and shadows it creates." LED output: 2700K (warm white). UL Listed. Made in China.