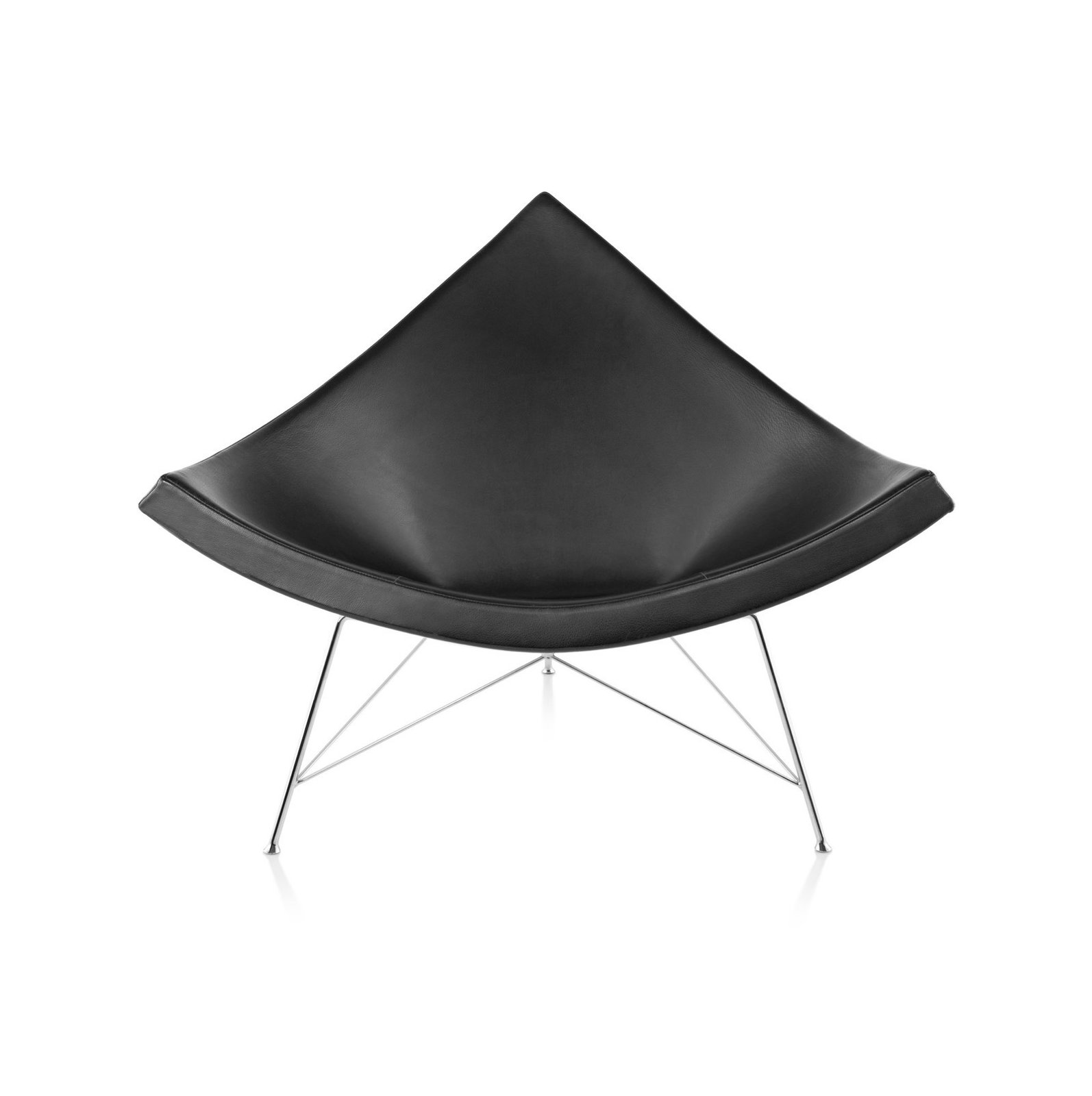 George Nelson was known for encouraging his protégés to get playful and to experiment when creating their designs. After finishing his studies at the Pratt Institute, George Mulhauser joined his team and presented a sketch that eventually evolved into the Coconut Chair. Designed in 1955 for Herman Miller, the shape evokes a coconut that’s cut into eight parts, with the outer shell of the chair depicting the white interior of the fruit. The cushion of the molded plastic chair is upholstered with leather or fabric in a variety of colors and the unique shape of the shell calls for a range of lounging positions.