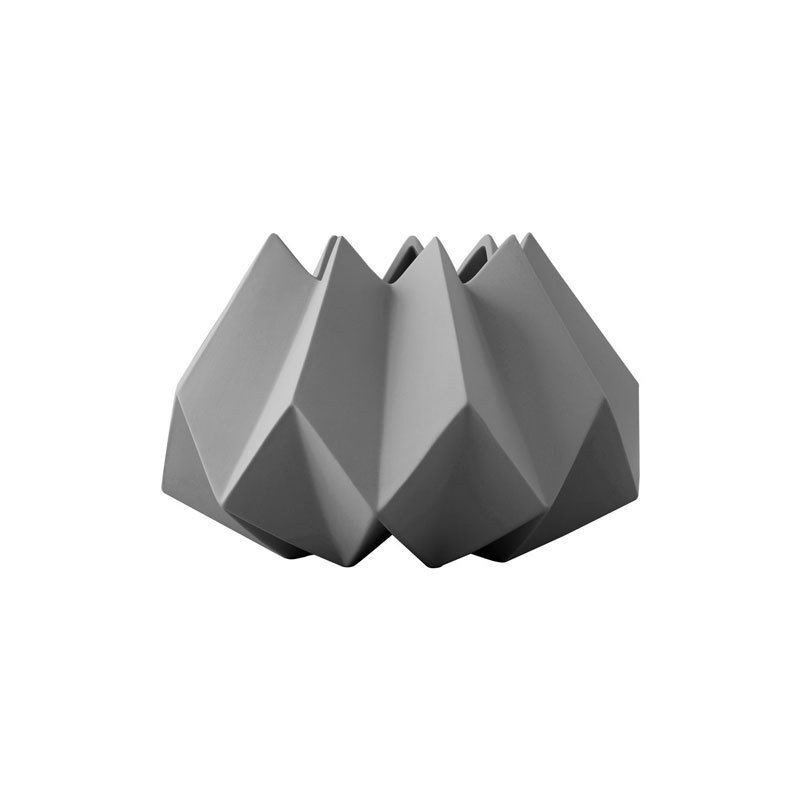 ‘Folded vase’ is designed with the flower bouquet in mind and has been inspired by the Japanese paper-folding art, Origami. Both the matt surface of the porcelain and the way it has been folded and shaped bear resemblance to the texture and porosity of paper.

Amanda Betz works in the cross field between art, design and architecture. Her core interest lies with light, space, and the span between 2 and 3 dimensions. Her design tends to reflect architecture – as fragments of buildings. And she has gained both local and international acclaim for her ability to capture complexity in a simple object. She has a unique experimental approach using patterns and geometrical constructions to create spatial objects reflecting light and shadow.

The sculptural shape makes this vase look great on its own, but it is also extremely beautiful with a bouquet of flowers. The geometric design embraces the subtle bouquet which gently drapes its flowers around the top of the vase where they get their own life. If you have more than vase beside each other - don’t overlook the smaller version, which looks great together with the tall model.