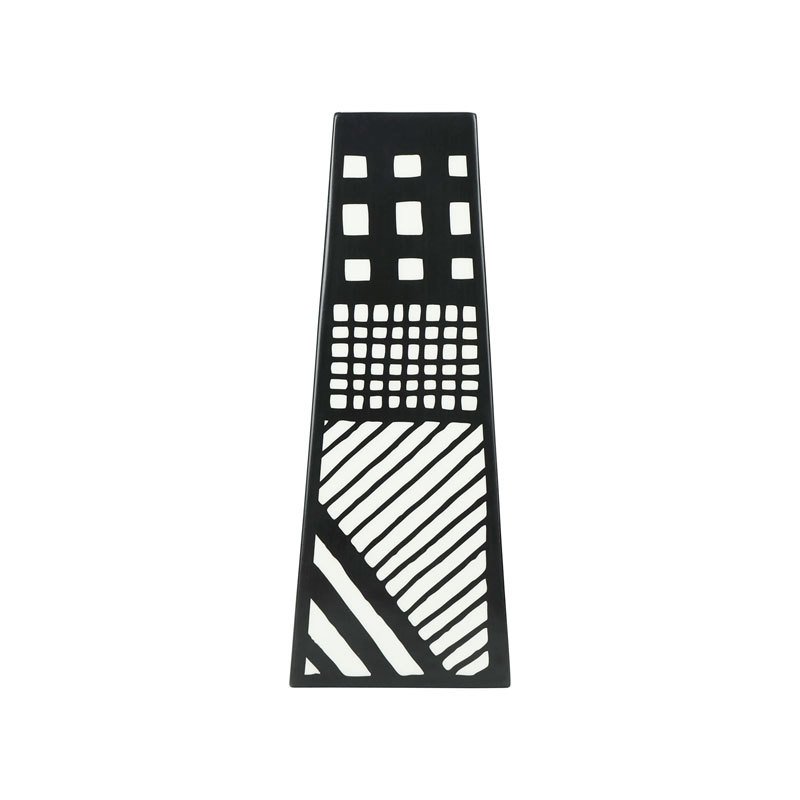 After studying architecture at Gloucester College of Art, British designer George Sowden moved to Milan in 1970, where he worked as a design consultant for Olivetti for many years. He worked with Ettore Sottsass, and his companion in life and in art, Nathalie du Pasquier – with whom he founded Studio Sowden Design Associated in 1980 – and was a founding member of the Memphis group in 1981, Sowden made a significant contribution to Postmodern design in the 1980s with objects with whimsical and colorful decoration, like the D’Antibes Cabinet and the Palace chair, after the disbanding of the group, his research moved on to more linear and organic forms, including the design of household appliances and consumer electronics in the 1990s. An award-winning and celebrated artist, Sowden has worked with major companies including Olivetti, Alessi, Bodum, Guzzini, Lorenz, Rancilio, Steelcase, Swatch, Segis, Memphis, IPM, Moulinex, Telecom Italia, Tefal and Pyrex, winning the Compasso d'Oro in 1991 for Olivetti's OFX420 Fax.