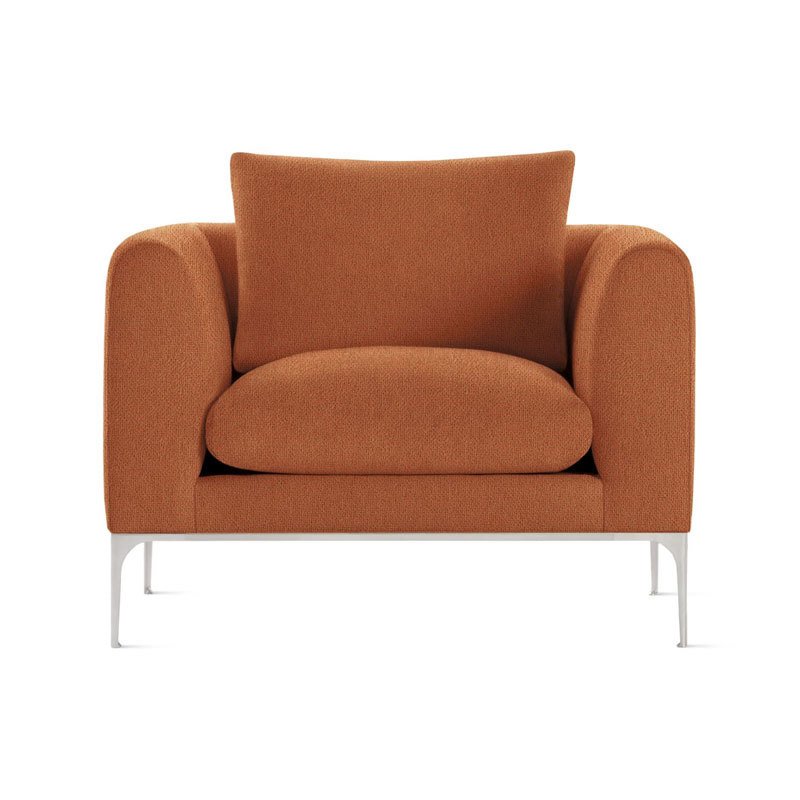 Having worked in the fields of graphic design and project management and studying in his native Sweden and the United States, Jonas Wagell is a well-rounded designer and architect. His Mini House, a 160-square-foot prefab structure, earned him attention in 2008 as one of the world’s 50 hottest young architects. Working out of a studio in the Södermalm district of Stockholm (which Vogue called the coolest neighborhood in Europe), Wagell calls his approach "generous minimalism." For the Jonas Collection (2016), he sought to create a piece that could be enjoyed every day – "a hub in the house that people would gather round to socialize and talk." To encourage that, Wagell prudently specified cushions with feather fill and eased edges, arms with a gentle arc and legs slender and tall. "I try to create objects detached from immediate trends," he says, "products that I can be proud of and that can be justified and appreciated for years to come." Made in Canada.