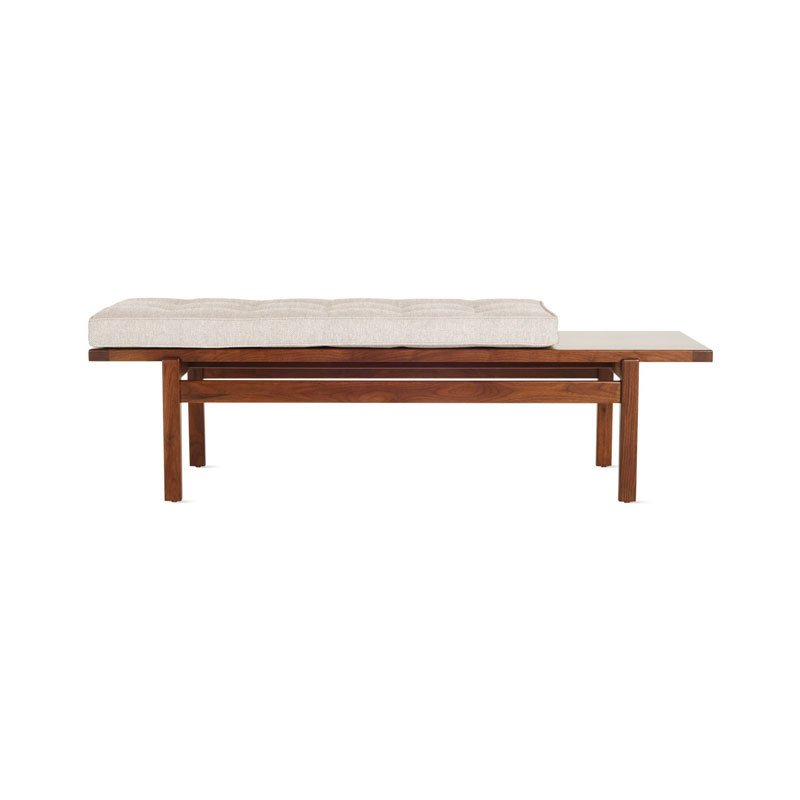 Running into legendary designer Jens Risom in the halls at DWR headquarters was one of the many pleasures of working here. Over the years, we collaborated with Risom on a number of product launches. The Jens Bench (2008) came about when we worked with him to re-launch his Chair and Ottoman, originally designed in 1949 for the Caribe Hilton Hotel in Puerto Rico. Decades had passed since this collection was in production, and Risom worked closely with us on every step of its return, from reviewing prototypes, to adjusting tiny details, to advocating cost-effective changes in the manufacturing process. Like all the furniture by this iconic designer, this collection has a subtle Scandinavian sensibility that works with modern and traditional settings. Or, as Risom put it, "Good design means that anything good will go well with other equally good things." Made in U.S.A.