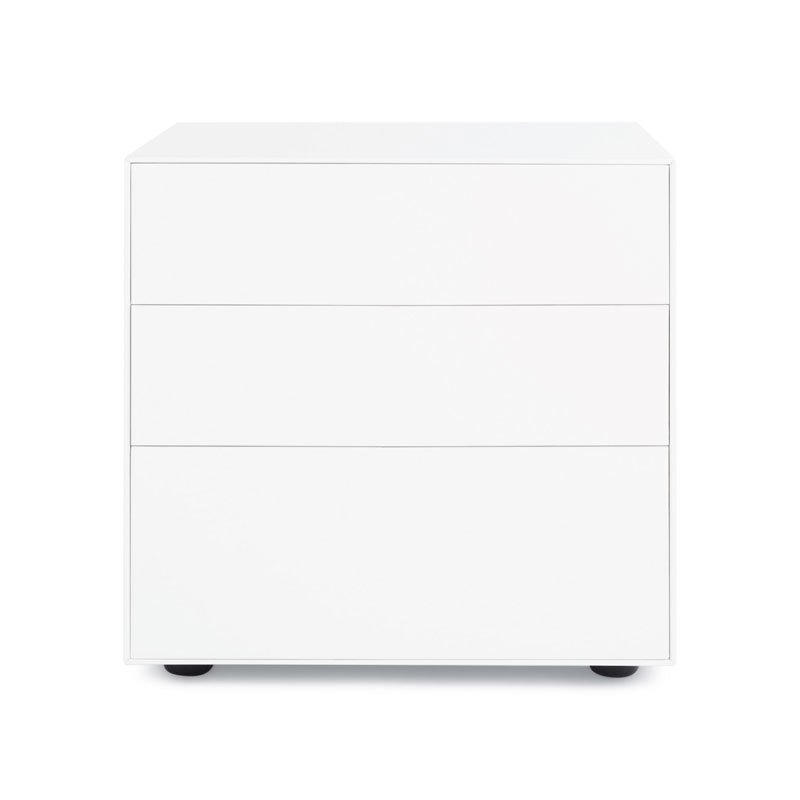 Born in the city of San Sebastian, Spanish designer Ibon Arrizabalaga studied industrial design in Barcelona before starting his career in the automotive industry. Five years later, he quickly switched gears, so to speak, and began designing modern furniture. There’s a subtle beauty to Arrizabalaga’s work, which can be described as minimal yet harmonious. His Lauki Collection (2008) is especially intriguing in how it appears to be completely frameless, like a stack of drawers that are magically connected, with push-latch glides that allow the drawer fronts to remain hardware-free for a streamlined look. Made in Spain.