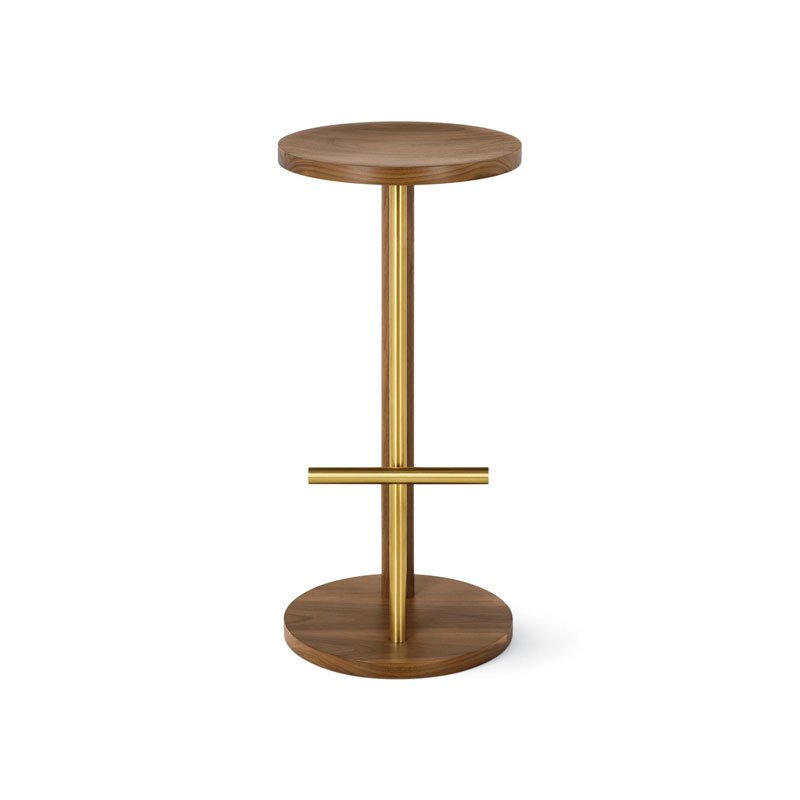 After being schooled in industrial design and engineering at the Royal College of Art and Imperial College in London, Michael Anastassiades founded his own studio in 1994. His work falls somewhere in between the industrial and sculptural, especially in how he’s able to reduce a shape down to its bare essentials. This purity of form can be seen in the Spot Stool (2016), which looks simple but is actually quite complex in its construction. Anastassiades’ pieces can be found in hotels, restaurants and shops worldwide, including the SoHo House New York, Grand Hôtel Stockholm and Sergio Rossi boutiques. Made in U.S.A.