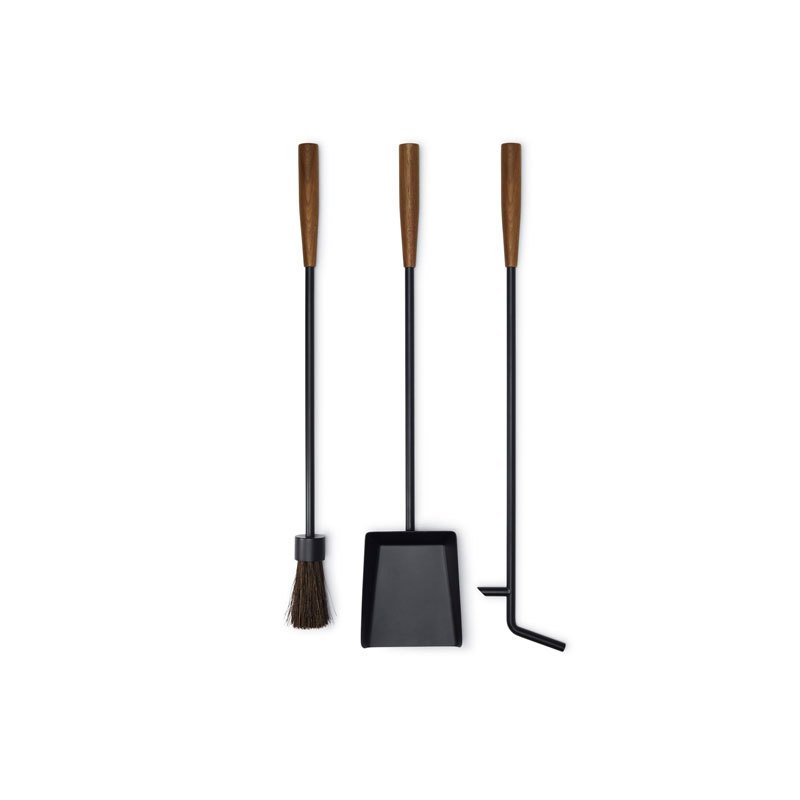 Possessing one of the most inventive minds of the 20th century, George Nelson described his creative abilities as a series of "zaps" – quick flashes of inspiration he turned into innovative design ideas. In 1945, Nelson became director of design at Herman Miller, a position he held until 1972. While there, he recruited other seminal modern designers, including Charles Eames and Isamu Noguchi. Nelson also developed his own works, like this Fireplace Tool Set (1951), which includes minimal yet durable pieces that will stand up to years of use. Set comprises a poker, shovel, brush and tripod stand. Made in Taiwan.