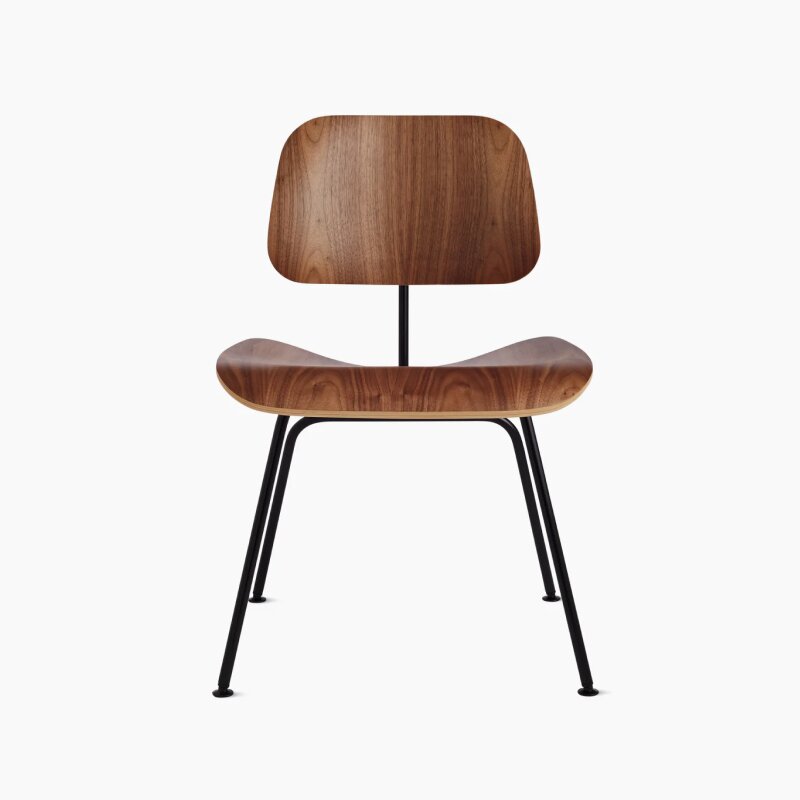 The Eames Molded Plywood Dining Chair (DCM stands for "Dining Chair Metal") (1946) began as an experiment in the Eameses’ apartment and became one of the world’s most widely recognized and highly coveted chairs. Low-slung with an expertly crafted molded seat and back, this chair supports you in a comfortable ergonomic position. Rubber shock mounts buffer against jarring movement. Its seat and back were so thin the design was nicknamed the "potato chip chair" soon after it was launched. Decades later, it earned a different title, when Time magazine named it the Best Design of the 20th century. An authentic product of Herman Miller, Inc. Eames is a licensed trademark of Herman Miller. Made in U.S.A.