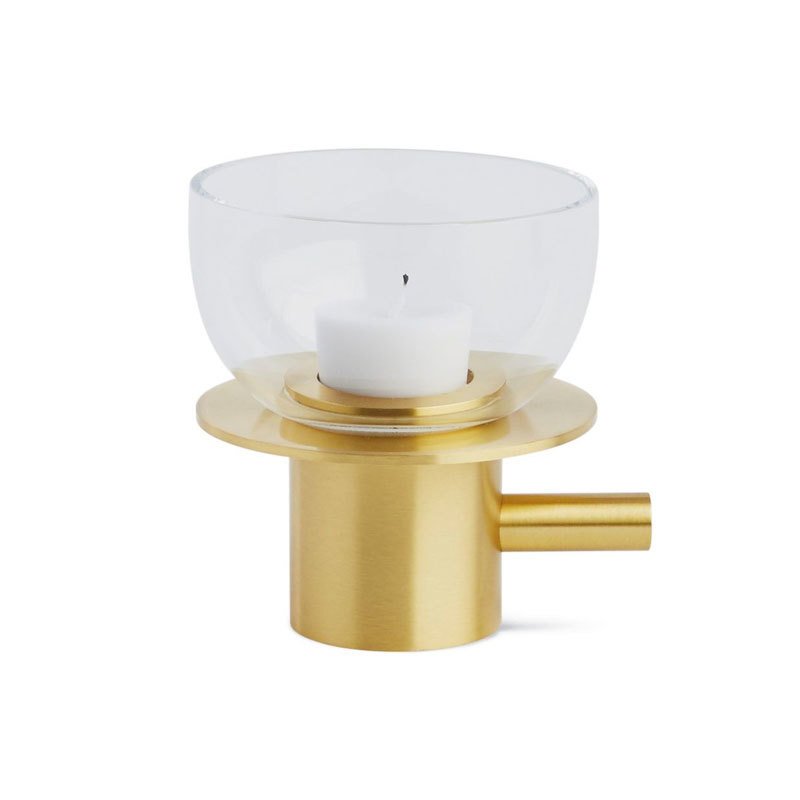 Spanish designer Jaime Hayon immersed himself as a teenager in both skateboard culture and graffiti art, which lie at the core of the bold and whimsical forms he creates today. In 1997, after studying industrial design in Madrid and Paris, he joined Fabrica, a research center in Treviso, Italy, where he soon became the head of design. Hayon struck out on his own in 2003, first devising collections of ceramics and furniture, then delving into interior design. His work is featured in several museums and has received accolades from the likes of Time and Wallpaper. "Playful" is the best word to describe his Tea Light Candleholder (2015), a reinterpretation of the classical chamber candleholder that dates back to the 1700s. Consists of a brass housing with removable glass shade. Made in Italy.