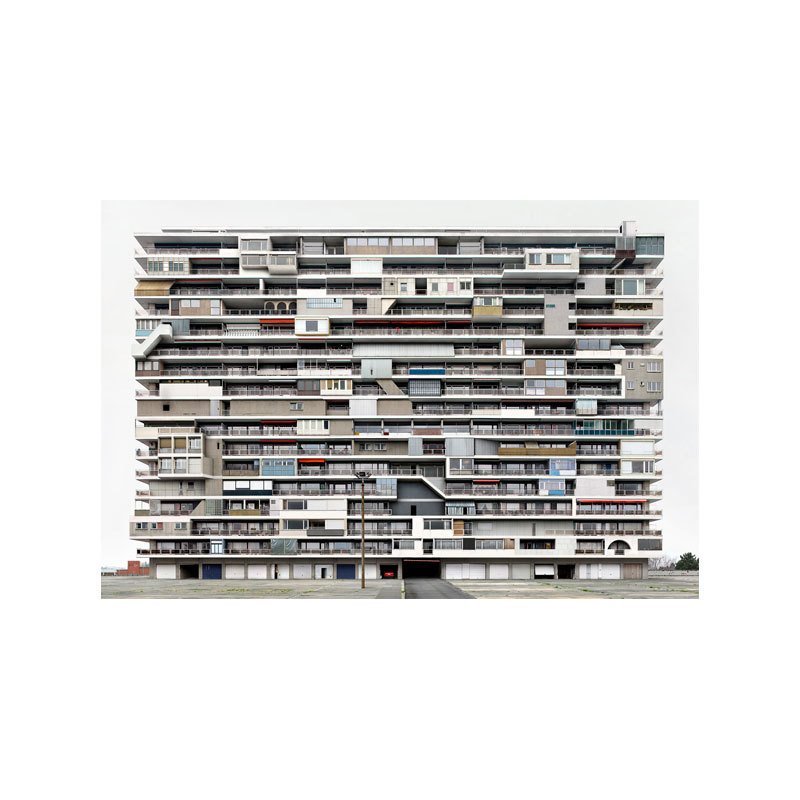 In 2007 Dujardin, a professional architectural photographer, decided he wanted to design buildings of his own rather than merely document those built by others. Since then he has been crafting photographs of imaginary structures, unconstrained by functional necessities or the laws of physics. He begins by creating a virtual structure using Google SketchUp—a simple three-dimensional modeling tool—then uses Photoshop to layer on surfaces sampled from his own photographs of buildings in his hometown of Ghent, Belgium, manually adjusting colors, shadows, and contrast. The photographs, composed of hundreds of source images, are beguilingly subtle—just real enough to be believable and just fantastic enough to stimulate the imagination.