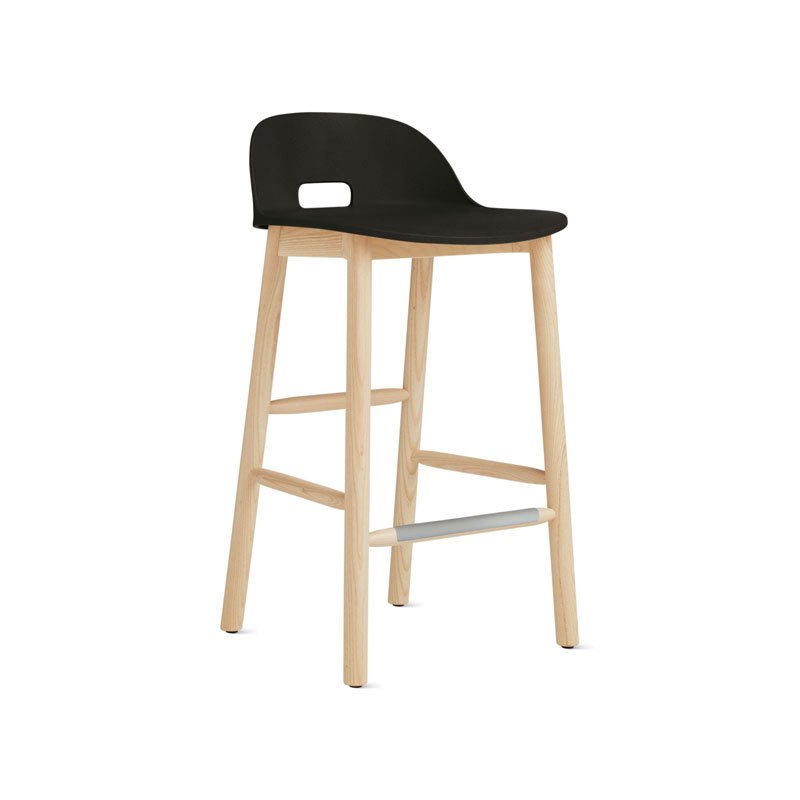 Born in England, Jasper Morrison was raised in both Germany and the United States before his family settled in London, where he attended Kingston College School of Art & Design and the Royal College of Art. Morrison is a self-described conceptual designer, taking familiar shapes and repurposing them into fresh ones. Believing that what you don’t see is as important as what you do see, he designed and engineered Alfi (2015) to be an ordinary chair with extraordinary invisible qualities. Its seat is made from reclaimed post-industrial waste, and its base is made of responsibly harvested wood handcrafted by Amish woodworkers. Adding even more extra to its extraordinariness, Morrison shaped the seat as a nod to cane chairs seen at sidewalk cafés found throughout Paris. The result is simple and simply beautiful, and one he’s pleased with: "It’s one of the most comfortable chairs I have designed." Made in U.S.A.