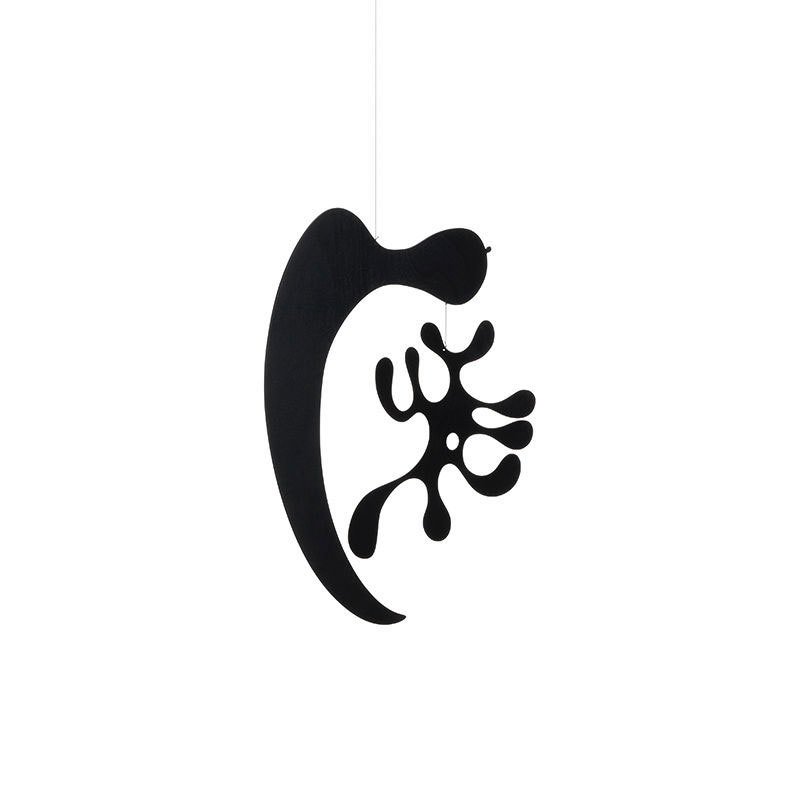 The Eames Plywood Mobile models by Vitra are replicas of the original mobiles, designed in 1941 by Charles & Ray Eames. The plywood mobiles consist of two abstract and organic plywood elements that playfully rotate around each other.

The mobiles were born in the early 1940s in a series of experiments with plywood. At the time, Charles and Ray Eames wanted to advance the technique of laminated wood deformation. The two of them found the random mobiles so beautiful that they hung the models up in their apartment in Los Angeles.