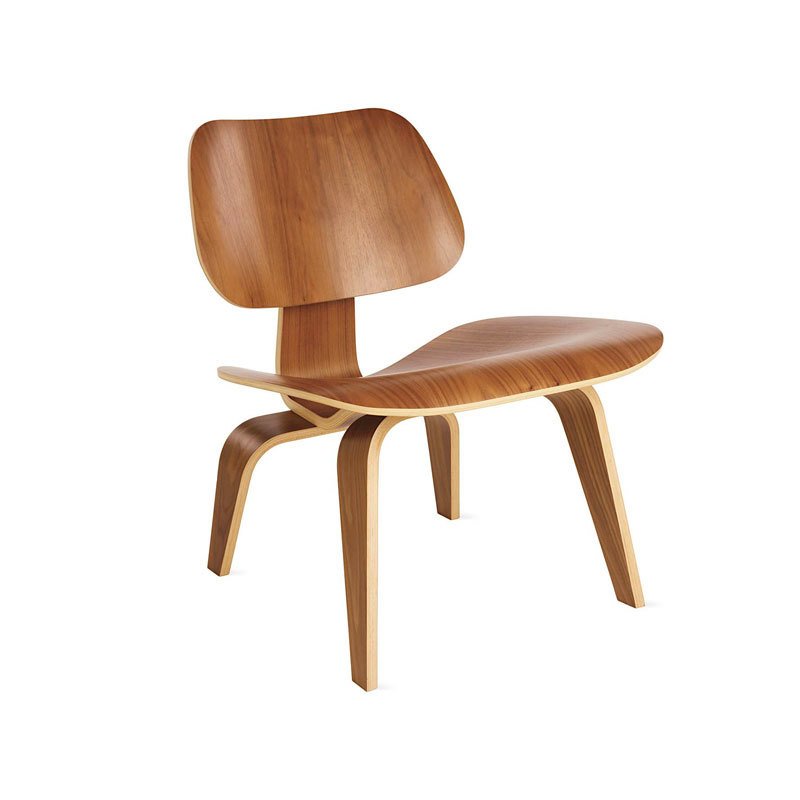 Hailed by Time magazine as the Best Design of the 20th Century, the iconic LCW or "Lounge Chair Wood" (1946) began as an experiment in the Eameses’ apartment, where they were molding plywood in what they called the "Kazam! Machine." The machine pressed thin sheets of wood veneer against a heated membrane that was inflated by a bicycle pump. Humble beginnings for what would become one of the world’s most widely recognized and highly coveted chairs. Low-slung, with an expertly crafted molded seat and back (no bike pumps are used today), this chair cradles you in a comfortable position while rubber shock mounts buffer against jarring movement. This original is an authentic product of Herman Miller®, Inc. Eames is a licensed trademark of Herman Miller. Made in U.S.A.