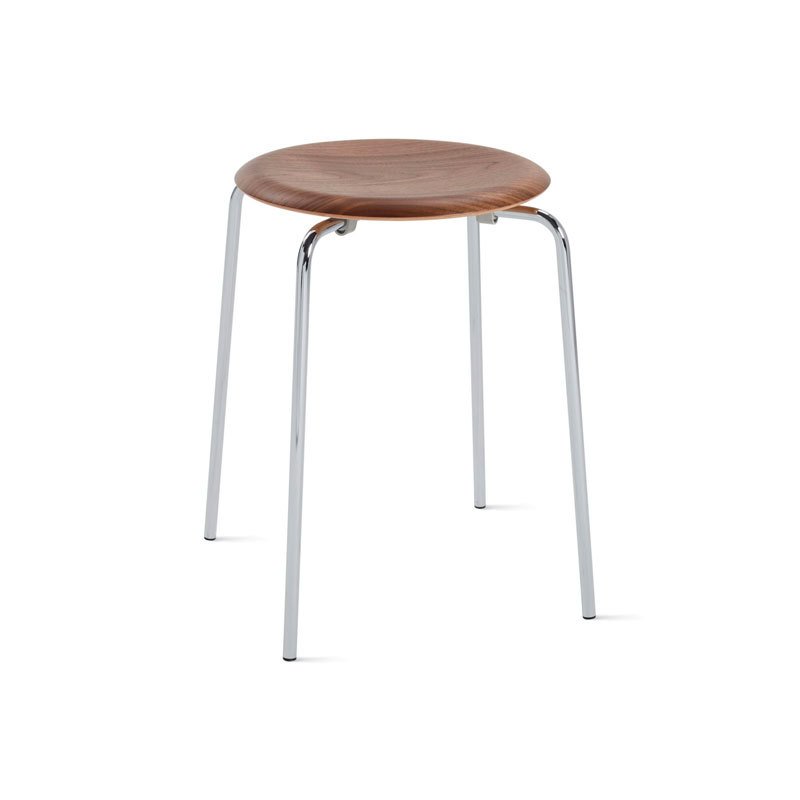 Developed by Arne Jacobsen in the 1950s, around the same time he was designing the iconic Ant Chair, his Dot Stool (1954) resulted from the same rigorous level of testing and refinement. Originally designed with three legs, Dot was changed in 1970 to have four. It features a molded walnut veneer seat with or without a cover fashioned from the leftover cuttings of fine Elegance full-grain leather that come from upholstering other Fritz Hansen chairs, such as Egg and Swan. Made in Poland.