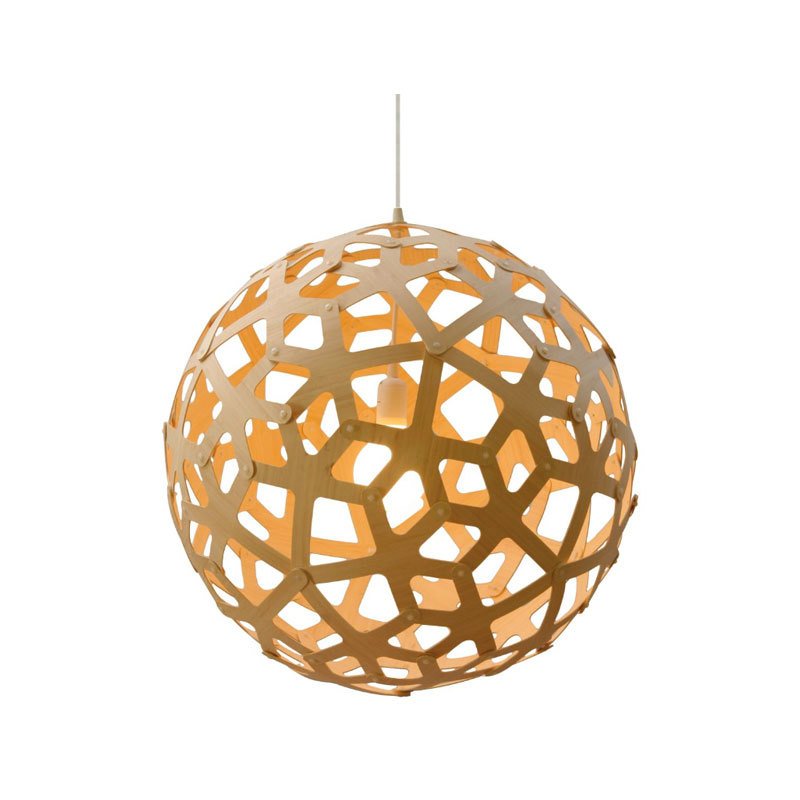 Trained as a naval architect and a self-taught woodworker, New Zealand-based designer David Trubridge lived aboard a 45-foot cutter with his family for four years. Their explorations through the Caribbean and Tahiti forced Trubridge to work with limited facilities and supplies, instilling in him the importance of economy—and fueling his passion for the environment and sustainable design. The Coral Pendant, formed from one polyhedron repeated 60 times, was inspired by the patterns he found in Antarctic ice crystals and coral reefs. Trubridge first designed the pendant as an experiment, only finding use for it later when he put a bulb inside. Each component is made of hand-sanded bamboo laminate and can be left natural or painted on one side. It ships flat and ready-to-assemble, minimizing its carbon footprint.