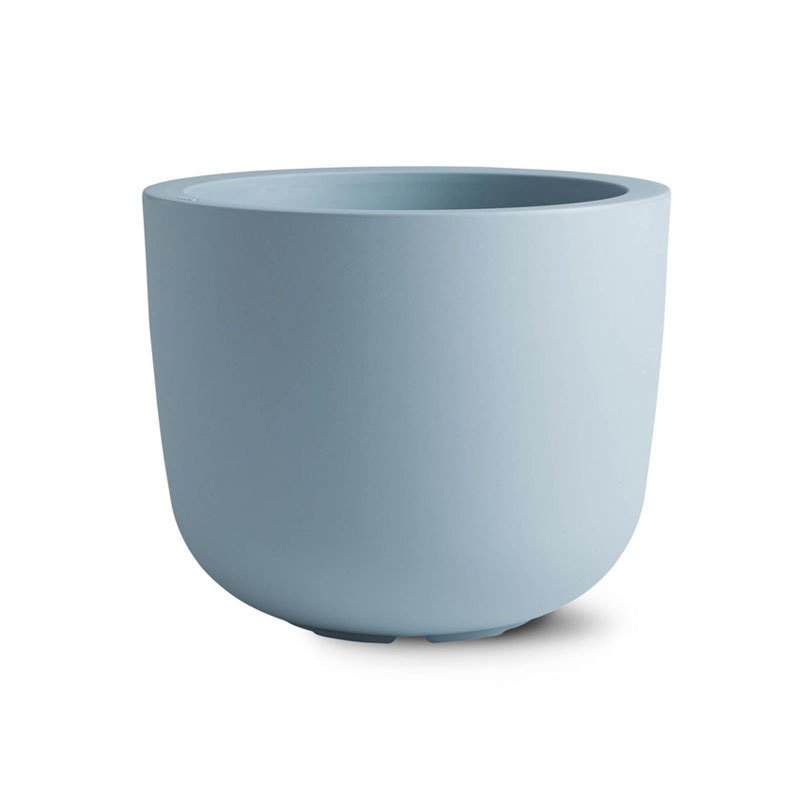 After a brief career as a watch designer, Naoto Fukasawa moved to the United States to work for the design firm IDEO in 1989. Still learning English, Fukasawa used visuals to communicate with his Silicon Valley coworkers as they designed computers, medical devices, furniture and sporting goods. In 1996 he returned to Japan, where he launched IDEO’s Tokyo office, and seven years later he started his own company. Fukasawa’s approach to design is based on careful observation of people’s actions and feelings. It is in the study of these behaviors that he is able to create products that fit into people’s lives so naturally that they are "Without Thought" – a concept he now teaches at two universities and to clients worldwide. In designing his Cup Planter (2003), Fukasawa was inspired by the curved shape of ancient wooden bowls to create "a cozy atmosphere for plants." The double-walled construction is crafted of UV- and weather-resistant polyethylene that is 100% recyclable. Cup can be drilled in the center from the inside out to allow drainage. Made in Italy.