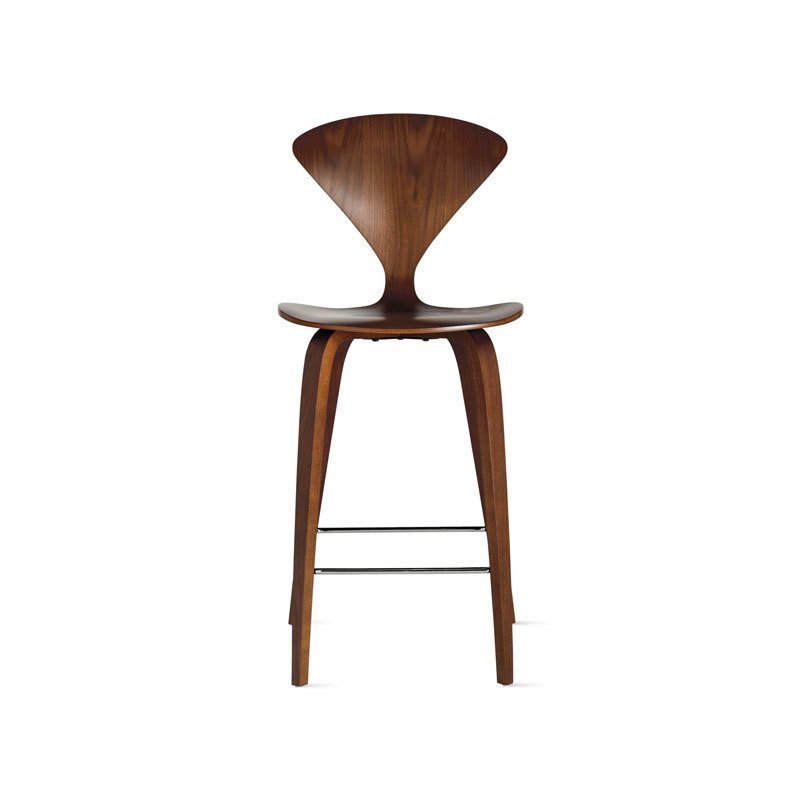 Although a pioneer in prefab housing, Norman Cherner is best known for the molded plywood seating line he created for the manufacturer Plycraft, which he ultimately sued the company over. After telling Cherner that his design for what is now known as the Cherner® Chair (1958) had been scrapped, Plycraft's owner continued to produce it, claiming himself as the designer. The Chair's popularity soared when it appeared in Norman Rockwell's 1961 painting "The Artist at Work" on the cover of the Saturday Evening Post. Cherner sued, and while Plycraft agreed to pay Cherner royalties, the line was out of production by the early 1970s. In 1999, Cherner's sons formed the Cherner Chair Company to revive the designs and produce them as their father originally intended. Constructed of laminated plywood of graduating thicknesses, from 5 ply at the perimeter edge of the seat to 15 ply at the slender waist, and braced with a solid steel crossbar, the Counter Stool possesses exceptional structural strength and dramatic sculptural beauty. This is the authentic Cherner Counter Stool produced by the Cherner Chair Company. Cherner Chair is a licensed trademark of Cherner Chair Company. Made in U.S.A.