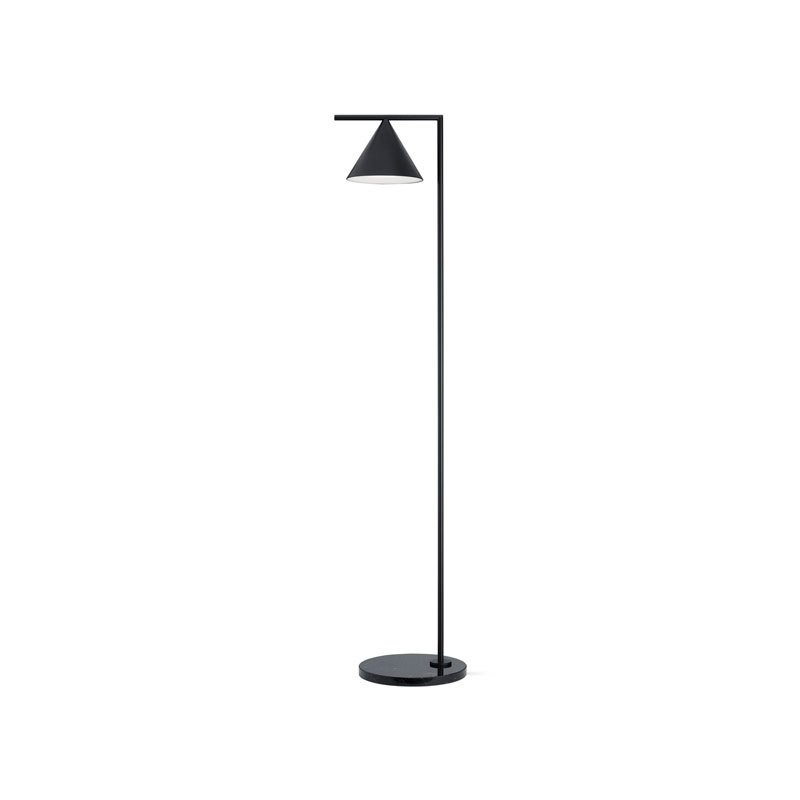 Positioned between fine art and design, Michael Anastassiades’ work aims to provoke dialogue, participation and interaction. With his Captain Flint Lamp (2015), the London-based designer wanted to create something versatile. "It’s an uplighter, illuminating the space with ambient lighting, and its rotation also offers a focused companion for reading," he says. The lamp’s cone shade rests delicately on its point on a rotating rod, but even as its position is changed, the lamp remains finely balanced due to its solid marble base. During the design process, the lamp started to remind Anastassiades of a parrot sitting on a pirate’s shoulder, so he named it Captain Flint. "I’m interested in the psychological relationships people establish with objects," he says. An on-off foot dimmer switch allows for 10%–100% light adjustment. Bulb (included): 20W LED, 2700K output (warm white). Made in Italy.