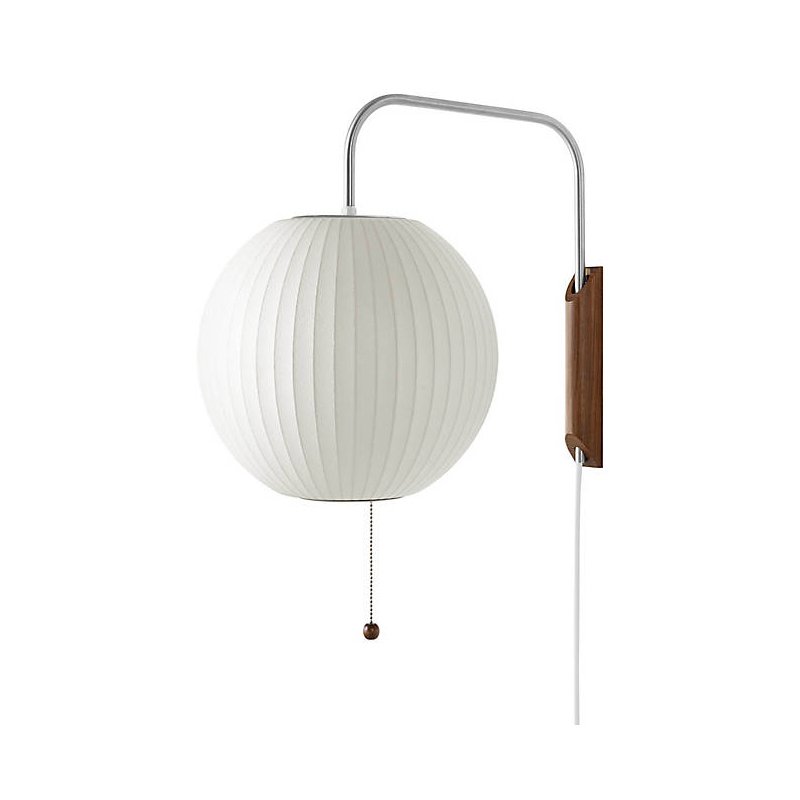 Architect George Nelson, who was Herman Miller’s design director from 1945 to 1972, once said, "Every truly original idea seems to find its most important expression in a chair." And then he blew the doors off lighting design. While outfitting his office, Nelson discovered a silk-covered Swedish hanging lamp that he coveted but found too expensive. He then recalled seeing a photo in the paper of Liberty ships being mothballed "by having the decks covered with netting and then being sprayed with a self-webbing plastic," which got him thinking. "And then, Whammo!" Inspiration struck, and by the next night, Nelson had designed his first Bubble Lamp® (1952) by spinning a skeleton of steel wires on a turntable and shooting it with translucent plastic until it was covered in a smooth, washable film. "When you put a light in it, it glowed." This is the authentic Bubble Lamp, produced in partnership with the George Nelson Foundation. Bulb (not included): LED, CFL or incandescent; E26 base; 150W max. UL Listed. Made in U.S.A.