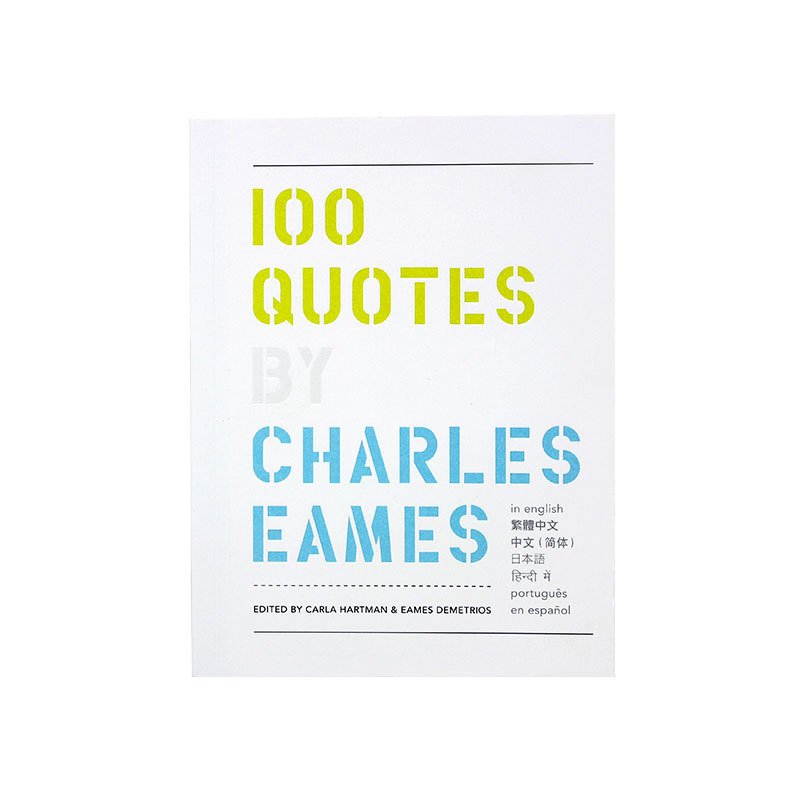 In celebration of Charles Eames' centennial year the Eames Office with Herman Miller complied 100 Charles Eames' quotes into a book. Although Charles Eames wrote very little in the way of formal books or articles, he did have a remarkable facility with the spoken word. His lectures were as much a part of his body of work as other, perhaps more well know, products of the Eames Office. It seemed fitting to gather his words- taken from articles, books, films, interviews, lectures, notes and office files- and present select ones together. Because the Herman Miller community encompasses a large part of the world, each quote is offered in 7 languages: English, Complex Chinese, Simplified Chinese, Japanese, Hindi, Brazilian, Portuguese, and Spanish.