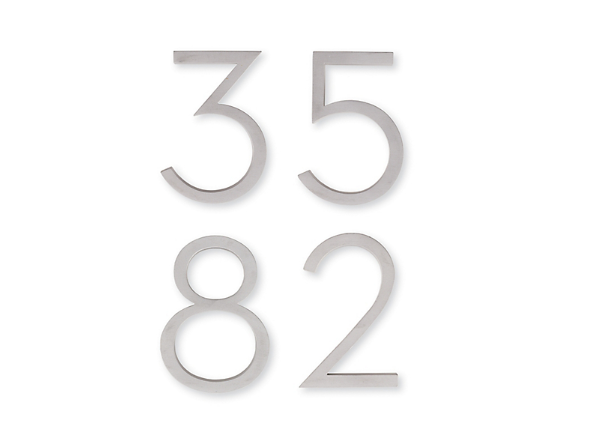 In 2001, renowned design studio House Industries partnered with the estate of late architect Richard Neutra – whose notable projects include the Kaufmann House (1947) in Palm Springs, the Lovell Health House (1929) in Los Angeles and the Kronish House (1955) in Beverly Hills, among others – to create a set of fonts based on the geometric letterforms Neutra specified for many of his residential houses and commercial buildings. The resulting font family, Neutraface, became an integral part of the new millennium’s typographic landscape. Rendered directly from the Neutraface outlines, precision-crafted Neutra House Numbers (1930s) bring a piece of the Neutra aesthetic to any residential or commercial space. Designed for visibility, these robust house numbers mount approximately 0.75" off the wall to cast subtle shadows. Each includes extensive installation instructions and a full-scale drilling template to eliminate any guesswork, and the mounting hardware is hidden when installed properly. Made in China. 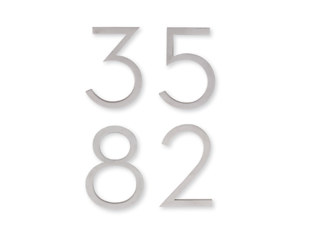