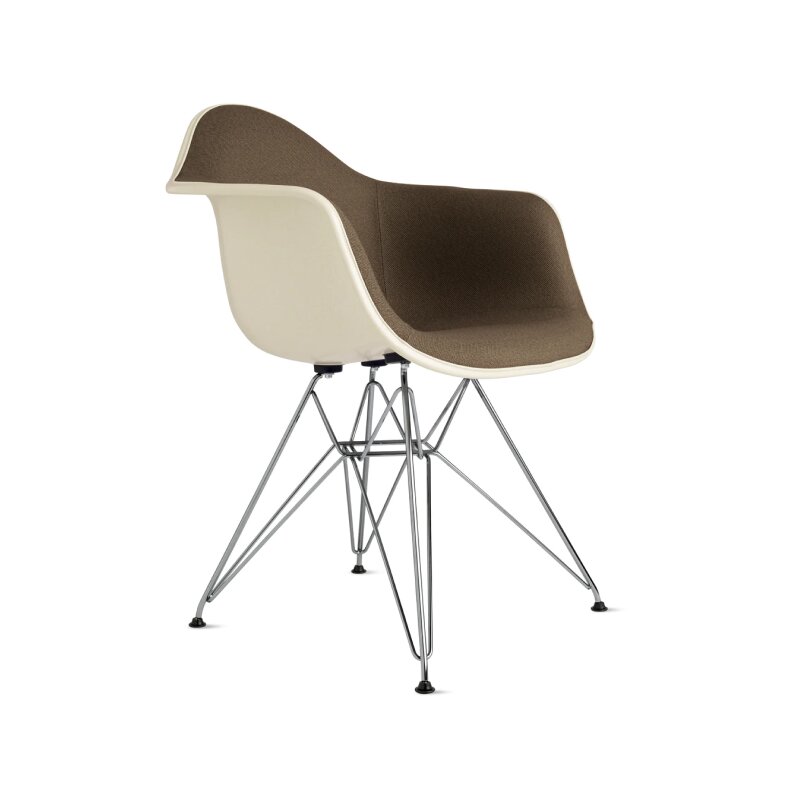 Providing just the right amount of give, this authentic Eames Molded Shell Chair has a deep seat pocket and waterfall seat edge to reduce pressure on the backs of thighs. It's crafted, in the U.S.A., to last.

Charles and Ray Eames realized their dream to create a single-shell form in 1950 by making their molded chairs of fiberglass. When the environmental risks of that material became known, the chairs were changed to polypropylene, which is 100% recyclable. In 2013, Herman Miller safely brought back the fiberglass shell thanks to a new proprietary production process. Today’s fiberglass chair is made of 99% recyclable materials and covered by Herman Miller’s take-back program for environmentally sound recycling. Plus, it’s true to the original with its beloved variegated surface.

The Molded Shell Chair is a celebration of the Eameses’ fascination with emerging materials. "The chair that Charles and Ray were designing," explains grandson Eames Demetrios, "is the chair that’s made tomorrow." This is an authentic Eames Chair by Herman Miller. Made in U.S.A. 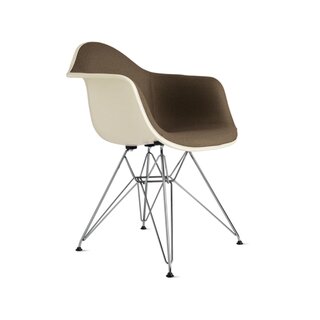