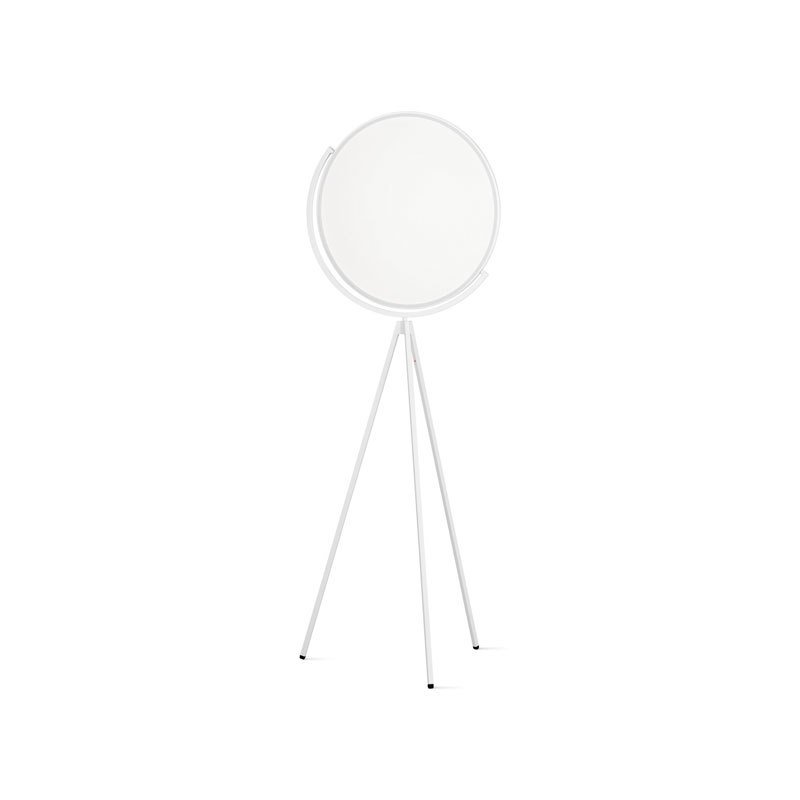 As soon as Jasper Morrison learned about LED edge lighting, he knew he had to create something with it. "This is an intriguing technology," he says. A self-described conceptual designer, Morrison often takes something familiar and transforms it into something new, but with his Superloon Floor Lamp (2015), he took something new and transformed it into something familiar, aka the moon. With this moon, however, you can control the brightness and fullness whenever you wish thanks to its ring of LEDs set inside a flat diffuser disc mounted on a gyroscopic axis. Turn the disc to send light in any direction, and use the soft-touch sensor to adjust the intensity. As the light dims, it transitions into a warmer tone, similar to that of a filament lamp. Superloon is suitable for use as an ambient light and reading lamp. Bulb (included): LED 45W/2200K–2800K/4000 lumens. Made in Italy. 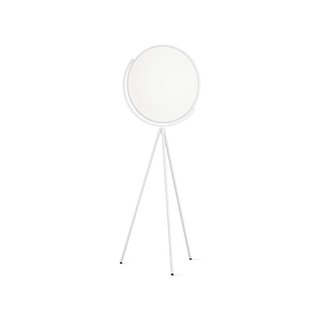