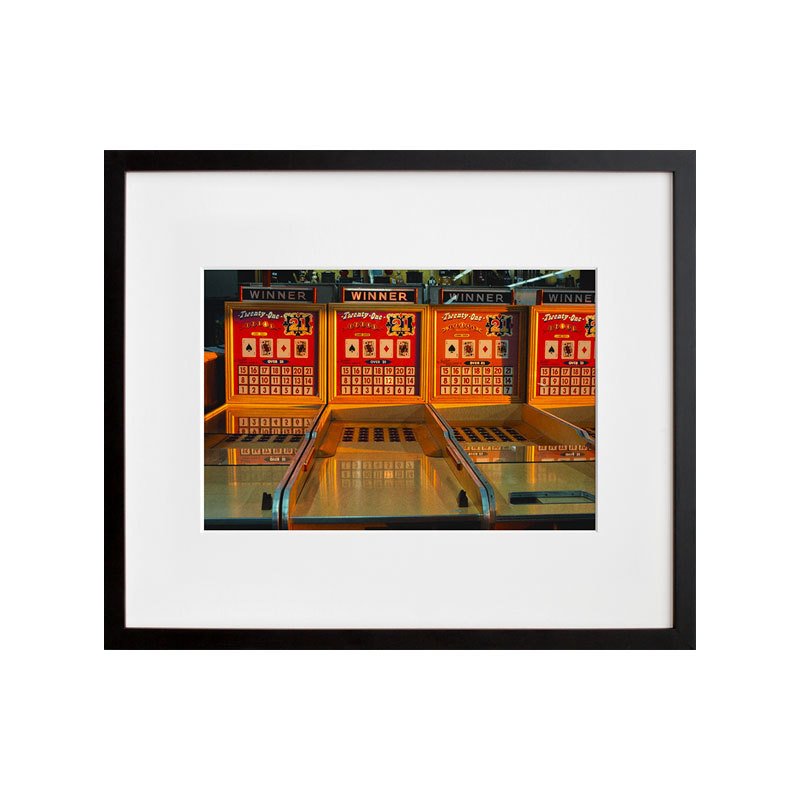 John Margolies, a photographer best known for his images of mid-century roadside architecture, found himself on the Seaside Heights boardwalk in 1978. He walked around, capturing the various booths, rides, games, and with them, the feel of summer. The images he made that day are part of his Roadside America project, an archive of over 30 years of photographs. The stunning color in the photographs is partly due to Margolies’ use of slide film. Slide film lends a finer grain, richer colors, and more contrast than standard negative film.

"Arcade" is an excellent example of this visual impact, positively glowing with golden light. The first arcades popped up in 1920s-era amusement parks with simple midway games such as shooting galleries, ball-toss games, and early forms of coin-operated machines (think fortune-tellers and mechanical music players). 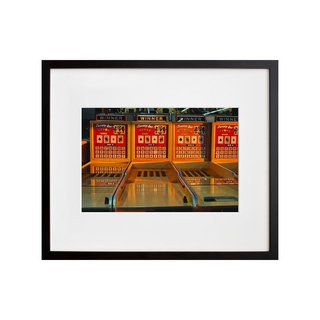