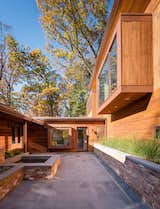 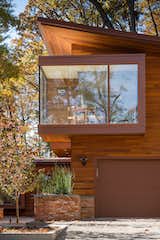 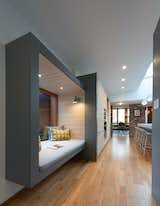 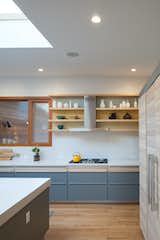 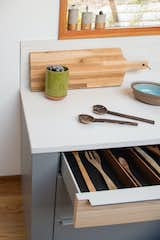 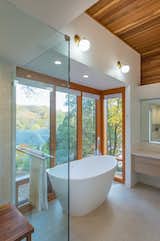 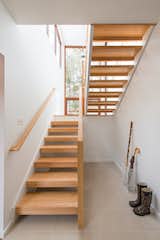 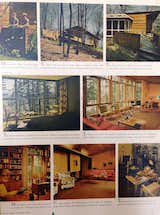 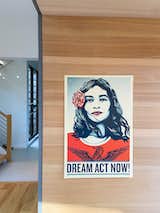 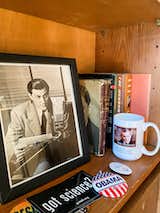 The most noted resident of the house and the one for whom it is named is Eric Sevareid, an icon of broadcast journalism whose career spanned nearly 70 years.

In Spring 1941, leading Washington, DC architect Charles M. Goodman, known for the design of the original National Airport and Hollin Hills, designed and built a new, modern rectilinear house on top of a five-acre hillside lot in Alexandria, Virginia. The house was originally designed for pre-eminent Harvard-educated economist, Emile Despres, and internationally recognized artist, Joanna Despres. The most noted resident of the house and the one for whom it is named is Eric Sevareid, an icon of broadcast journalism whose career spanned nearly 70 years.

After passing to other owners, the house eventually fell into a state of disrepair. The foundation was fractured, the original redwood had been painted, the garage was falling apart, and previous remodeling had made the basement seem confining. In 2015, this historic house was rescued. Cook Architecture dramatically renovated over 80 percent of the structure with a focus on: restoring the original spaces that were design noteworthy, reconfiguring existing spaces to suit today’s living needs, adding new spaces, and improving the surrounding site the building rests on.

The home is a true example of indoor/outdoor living with new and rehabilitated windows and ample outdoor space. A reconfiguration of existing spaces on the garden level, an added outdoor kitchen, a new pool, and improved circulation pathways add to the home’s connection to and enjoyment of nature. Additionally, the exterior siding was replaced with old-growth redwood.

The front entry was originally hidden below grade. The new design lowered the grade by approximately three feet and now welcomes visitors with a more usable and beautiful courtyard. Large retaining walls on both the uphill and downhill sides of the home were built.

The east end of the main level was reconfigured to incorporate a master suite amenable to the owner's modern lifestyle. The living and kitchen spaces were opened up and a new axial circulation line was created from north to south.

An addition of approximately 2,400 square feet was added to the home. The original, dilapidated one-level garage was demolished, as well as the kitchen and the maid quarters. In its place, an enlarged, open kitchen with custom Poggenpohl cabinetry and Heath tiles now connects the original home to a dramatic two-story volume.

The basement renovation was very extensive. Here, a total gut and redo was necessary. The foundation walls of a more recent addition were removed and rebuilt. A new layout for the interior space and new concrete slab with hydronic radiant heat create a warm and comfortable space for the owner to enjoy. In keeping with Cook Architecture’s focus on seamlessly blending the old with the new, the original Goodman fireplace remained.

The home was improved with new plumbing, electrical, and HVAC systems. All new lighting, including both the basic and the beautiful such as Louis Poulsen and Arne Jacobsen, was installed.
After one year of planning and over two years of construction, the home is in what current owner Janet Lewis calls, "better than original" condition.