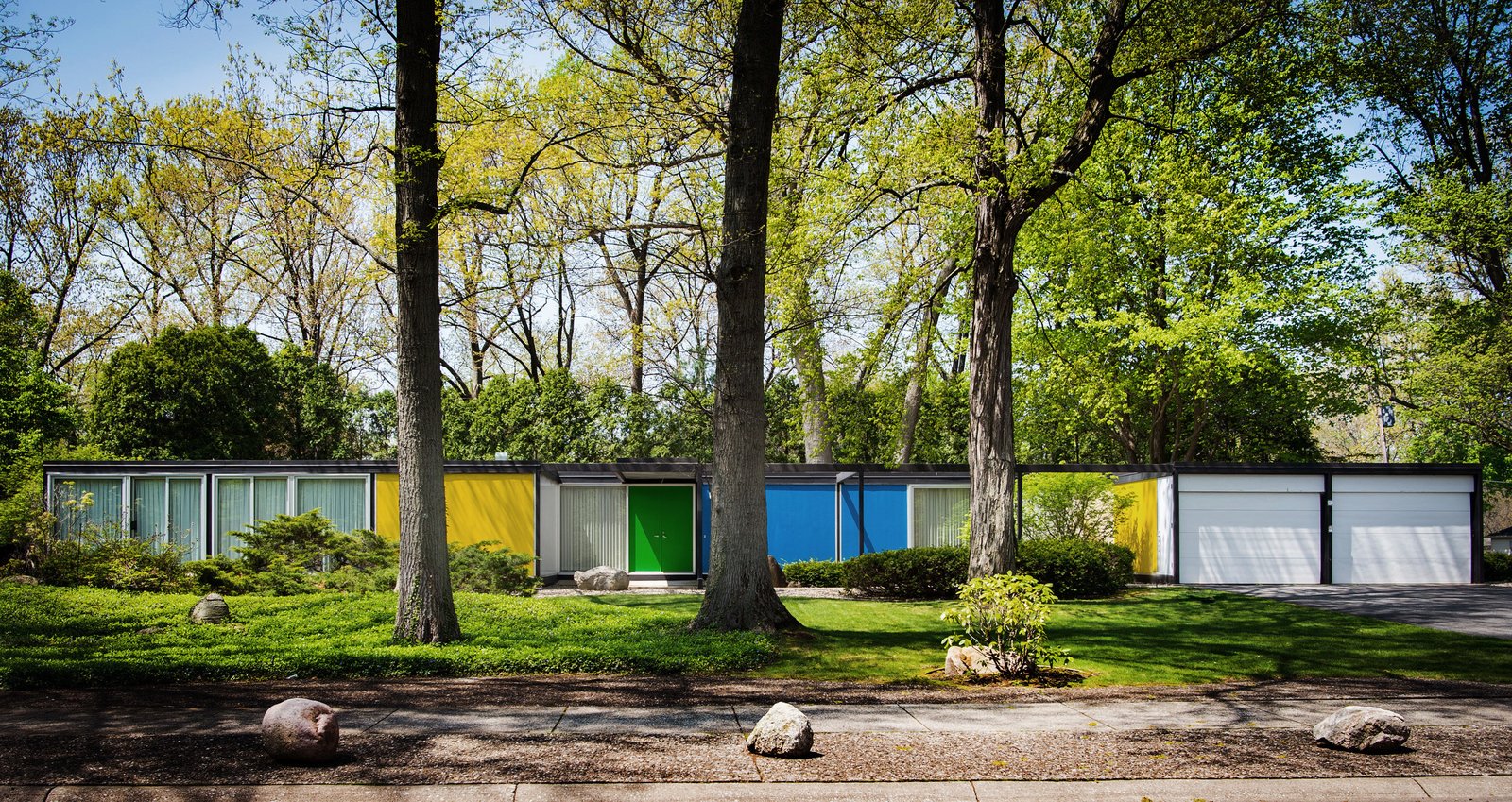 Built with a steel frame, the Frost House features panels of styrofoam between aluminum sheets for the exterior walls and styrofoam between plywood for the roof and floors. Bold, primary colors accentuate its geometric form.
Shortly after Karen Valentine and Bob Coscarelli purchased the home in 2016, they began to unearth nuggets of information about its pedigree. Their realtor had provided a brochure that identified the prefab as designed by architect Emil Tessin for the now-defunct Alside Homes Corporation based out of Akron, Ohio, which had held a patent for the structure’s aluminum paneling. Their new neighbors provided a stack of Alside Homes sales materials, floor plans of various models, and even a script that had been written for salespeople during home tours. They determined that the Frost House had been a sales model for the company, and that Tessin had been the son of Emil Albert Tessin, the legal guardian of Florence Knoll.