View of the glassbox

View of the glassbox

View front of the glassbox

View under the glassbox

View of the livingroom

View of the patio 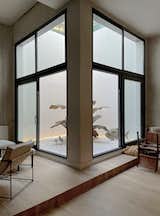 View of the patio 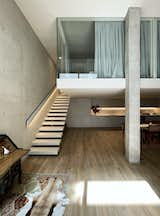 View of the floating elements

View of the double height 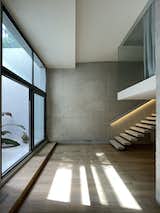 View from the 1st floor 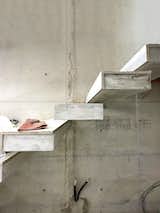 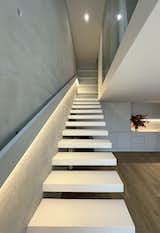 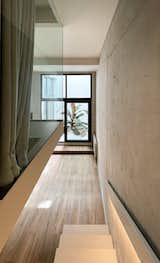 View from the stairs 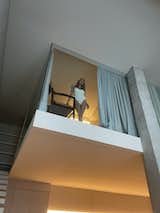 View under the glassbox 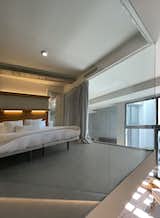 View of the bedroom

View of the bathroom 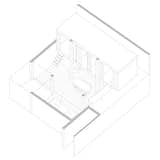 The Bodega Vespucci project consists of a transformation of an old wine cellar into a residential loft with three bedrooms, each with its own private bathroom.

Forming a triangle between Seville and the Strait of Gibraltar, the bodega is located in Puerto de Santa María in the Cadiz region and borders the Atlantic Ocean. Due to its ideal and sunny location, the bodega features enough light thanks to its direct connection to an outdoor patio that acts as a big skylight, despite being located in the basement.

The structure exclusively in concrete has been conserved. The idea was to work with the existing space in such a way as to enhance the raw material. The concept of the projet is to maximize the double height and to increase the feeling by hanging a glass box in the middle. To do this, contemporary minimalist elements are discreetly supported on the existing structure. A new volume, a "glass box", takes place against the existing concrete columns, supported by a new steel structure that gives the impression of being cantilevered and floating in the air. The glazing is composed of invisible profiles to accentuate the minimalist aspect of the project.

This volume holds two of the three bedrooms with private bathrooms. A reinforced HVAC system allows for continuous air renewal.

The access to the glass box is possible thanks to a new concrete staircase. The steps are materialized by rectangular blocks cantilevered against the side wall. They have been fixed in the concrete with steel reinforcing bars. This staircase reinforces the idea of floating elements.

The two bedrooms are served by a rear corridor invisible from the main space.

The kitchen space is located below the glass box and the living room is located in the double-height part (5m high) with direct access to the outside patio and thus benefiting from direct natural light.

The leitmotiv of the project was therefore, that each new intervention is permanent but gives the impression of being floating, thanks to a new structure hidden by the existing one. This element gives the apartment a feeling of lightness, reinforced by the glass materiality, which contrasts with the massive and rough aspect of the concrete.