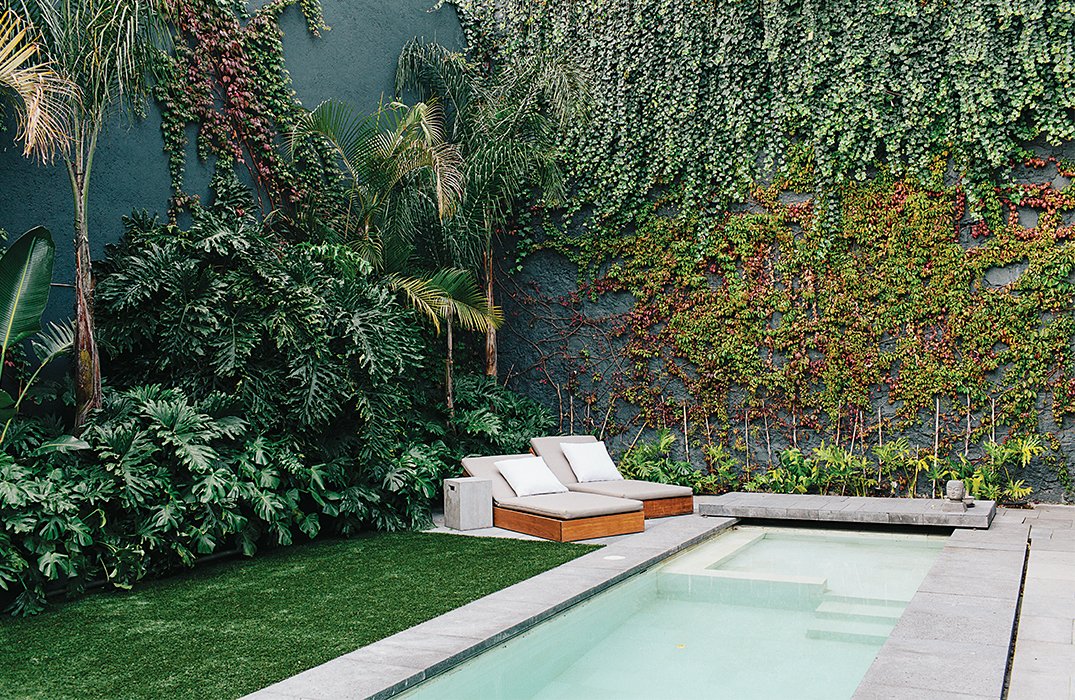 To most eyes, Ezequiel Farca’s 1970s-style concrete home in Mexico City looked like a teardown. Even the lot itself—shallow and crammed against a steep hillside—wasn’t particularly alluring. But Farca saw through all the restraints to create a spa-like refuge in one of the world’s most energetic cities. "It’s is such a hectic place. You’re bombarded by so much information the moment you step into the streets," says Farca, who first gained prominence as a furniture and interior designer. "So we envisioned this house as a retreat, a kind of a temple." The rooftop courtyard is lined with a verdant mix of indigenous plants, including banana trees, palm trees, lion’s claw, Mexican breadfruit, and native vines. The chaise longues were designed for Farca’s EF Collection.