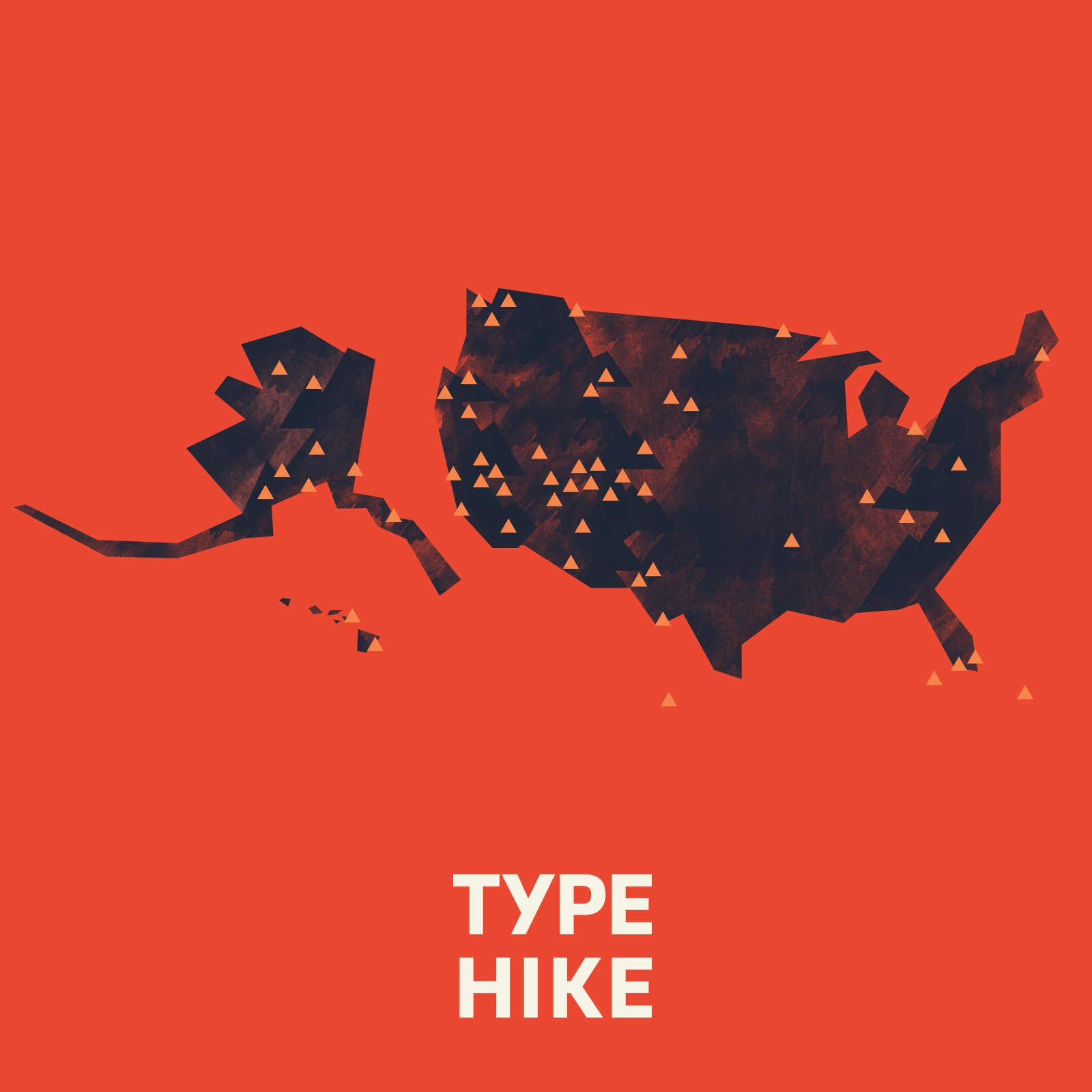 To celebrate the centennial of the U.S. National Park Service, designers James Louis Walker and David Ryejol created the project Type Hike, in which they partnered with 59 designers, letterers, type designers, and studios to each create a custom typography-based graphic for one of the nation's parks. They were given some basic guidelines such as color, size, and a request to focus on the park name itself. Most of the type is hand-drawn by the designers.

"When we conceived the project we were looking for an outlet to use design as a positive response to the negative, divisive mood swing our country is currently experiencing," Ryejol and Walker said in a statement. "We have always strongly believed that as designers we are obligated to use our talents to make the word a more beautiful place, and celebrating our National Parks presented the perfect opportunity to do so. Looking forward with optimism to another great century for the park system is one of the main goals for the project."

The designs will roll out at typehike.com as a series of print posters, shirts, and other apparel, with 100 percent of proceeds going directly to the National Park system.