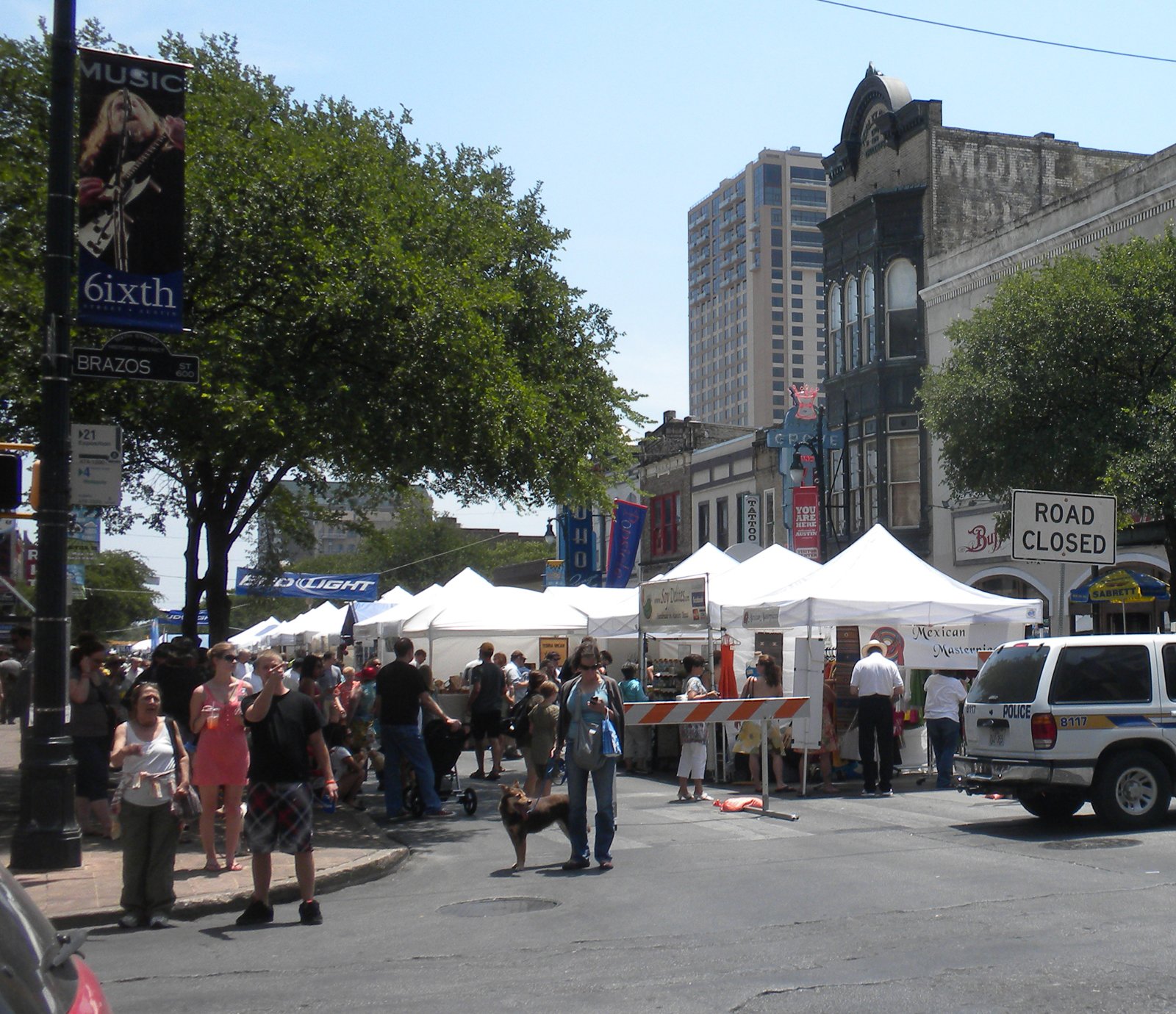 We walked down Sixth Street to take in the Pecan Street Festival, which featured a mix of art and other items for sale (some of which were pretty amazing, like the Mistura watches), carnival food, and even a petting zoo. The night before we'd enjoyed Guero's tacos and meandered around South Congress (including walks by the San Jose Hotel and Swag, recommended by @jenniferegbert and @christopherwynn, respectively). We missed seeing the bats fly off the Congress Street Bridge at dusk (recommended by @sidenotesays) since I wasn't yet back from the ranch, but we did walk around Sixth Street—which, at night, more closely resembles New Orleans's Bourbon Street.