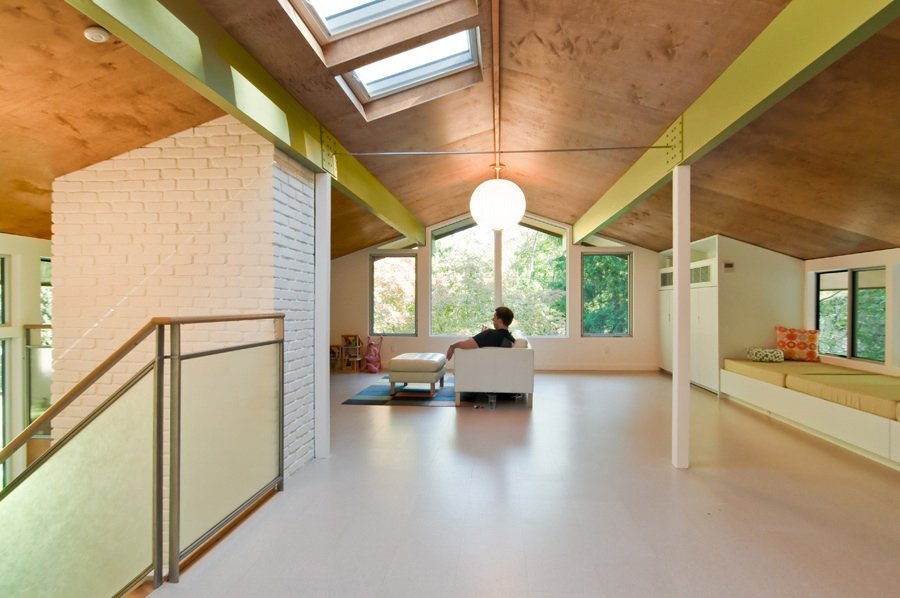 “We left the roof exactly as it was, with the old four-by-eight-foot modules,” Depardon explains, noting that the original panels, attached to the two-by-four frame, effectively held the house together. “It’s an unbelievably tight structural system, and we had to recreate it – we couldn’t just layer Sheetrock on it.” The architects also removed a wall, opening up the public space, and installed a long bench beneath the windows. “The area near the eaves is so low you’d have hit your head,” says Depardon. The bench serves as a cue to sit down.