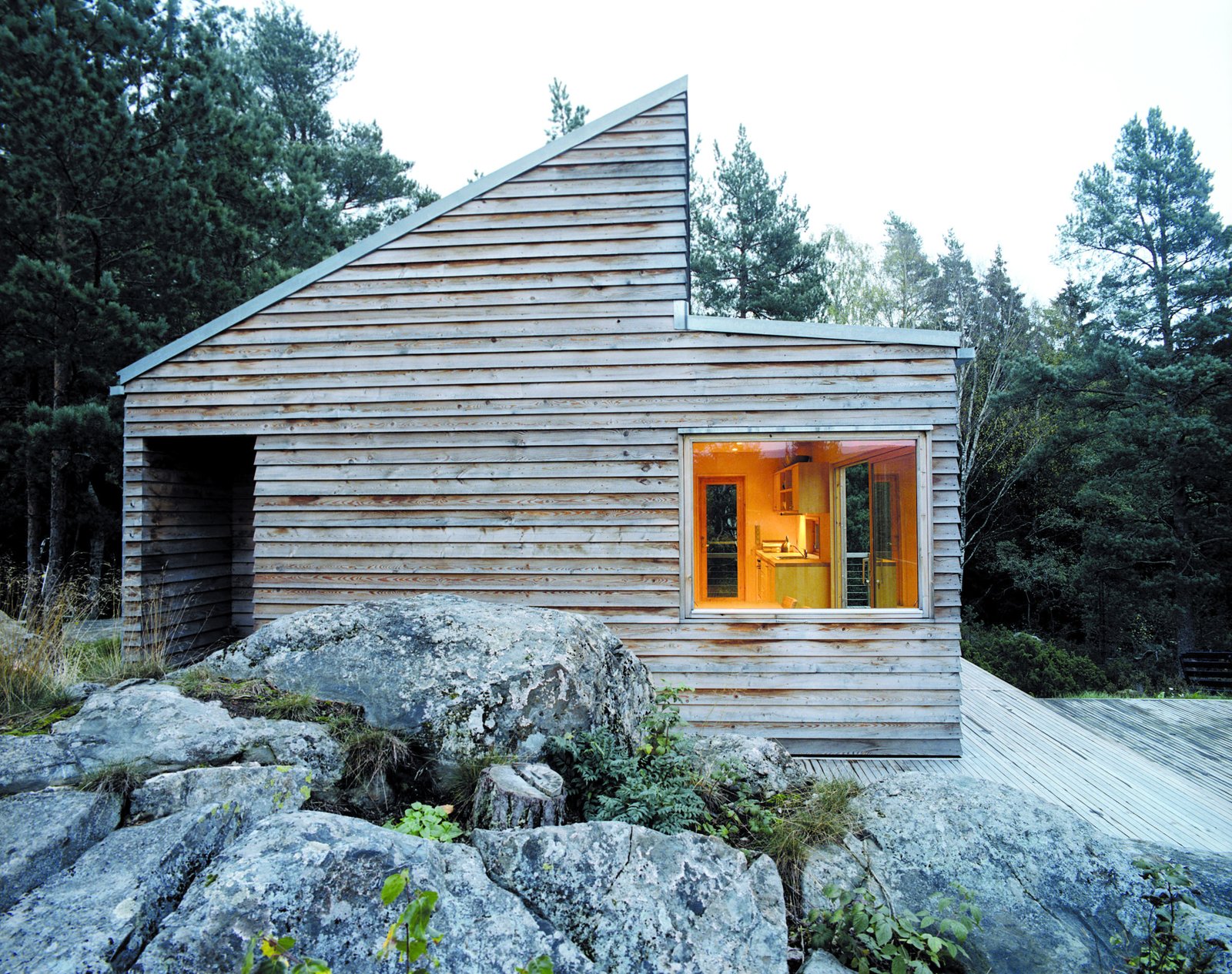 Named Woody35 because of its size (35 square meters) and wooden structure, the main cabin can sleep six people, has a living room, kitchen and bathroom. It is all fitted neatly together under a heart pine-clad facade, which needs very little up-keep and is known for its strength and durability.

When Oslo-based architect Marianne Borge was approached in 2004 by a client who wanted an actual cabin rather than a second home, she was instantly inspired by the challenge of working on a smaller scale. The home, called Woody35, has a distinct shape that makes it stand out from its surroundings despite the modest size of the building.