A new window package was added throughout the house. The existing firebox was used and completely transformed with custom concrete tiles in varying lengths and thicknesses. 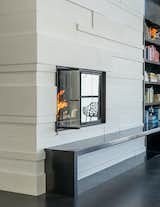 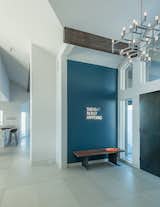 Kitchen cabinets are painted white and lacquered with an automotive finish. Heath Tile adds color in the backsplash while a live-edge walnut counter adds depth to the room. 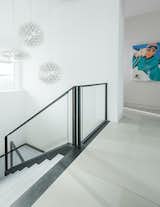 Previous master bathroom was divided into three separate spaces, with the mountain view terminating in a closet. The walls were removed to open views to the west and create one large space. Custom pentagon shaped concrete tiles compliment the Eco-Wood veneer floating vanity. 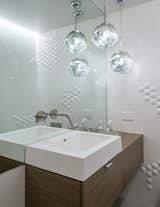 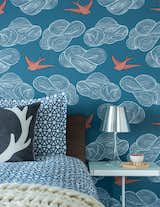 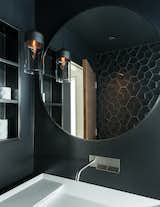 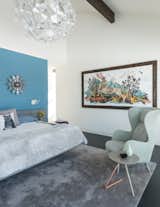 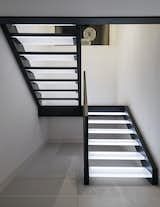 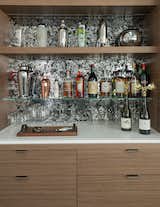