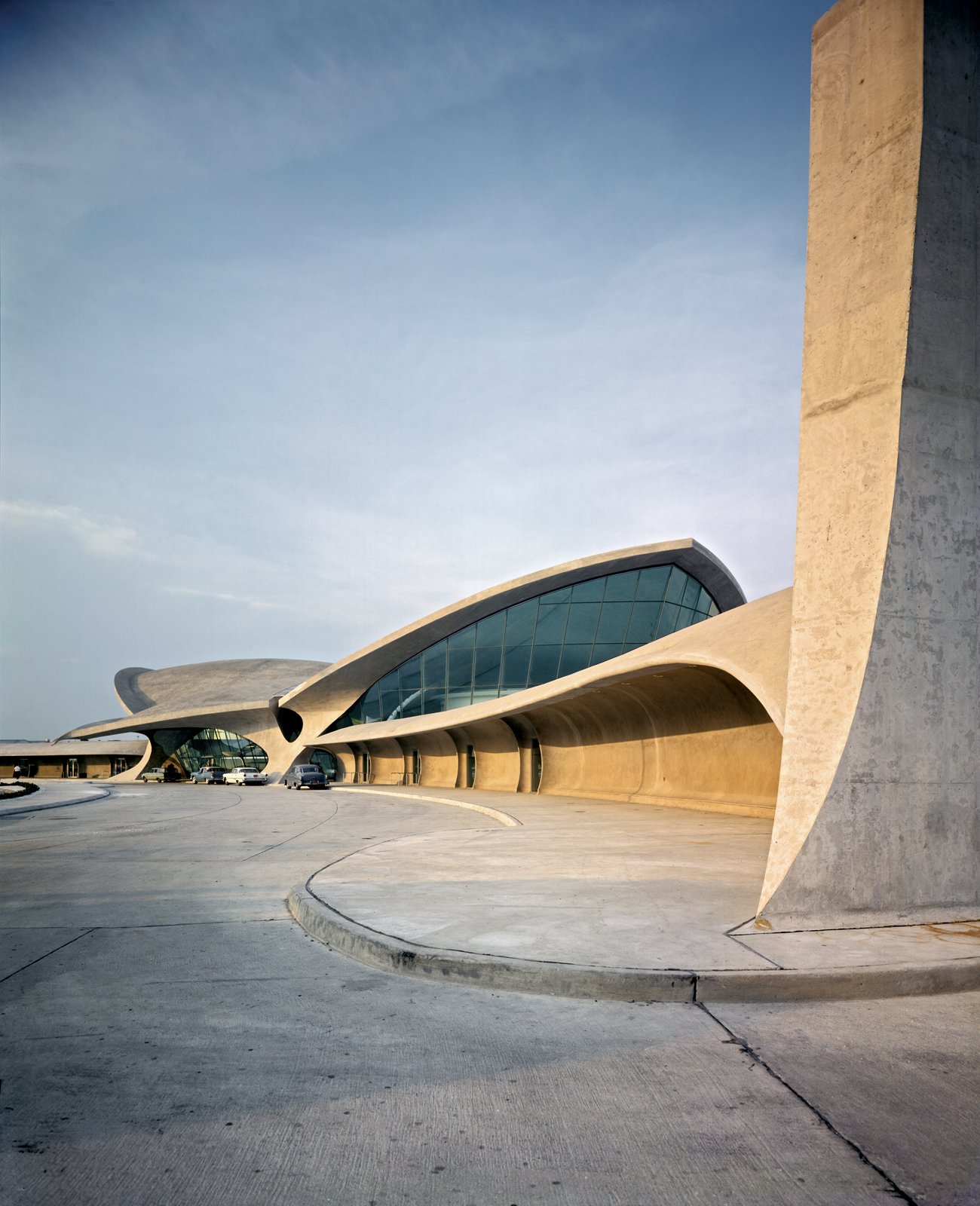 Eero Saarinen’s luxurious TWA terminal at JFK Airport in New York City perfectly embodies midcentury dynamism. Its graceful roof reaches outward like the stretched wings of a gliding bird. Inside, its sweeping, curved lines, shafts of light, and free-flowing spaces are all carefully designed not just to suggest fluid movement but to churn foot traffic in and out. The Port Authority of New York and New Jersey, which operates the airport, recently issued a request for proposals to convert the terminal into a hotel.