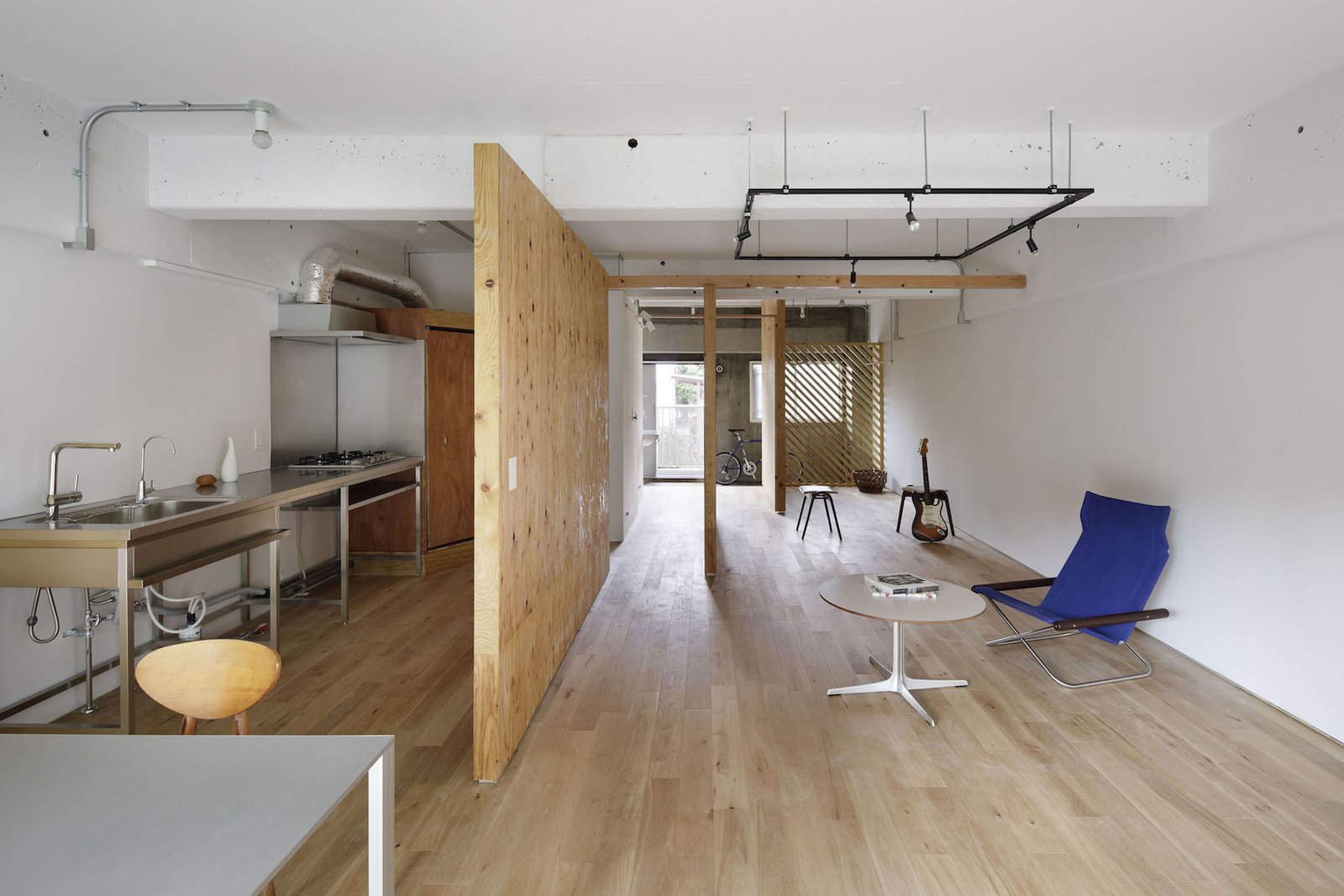 Apartment #114 is a minimalist apartment located in Tokyo, Japan, designed by G architects studio. This is a renovation project of a side corridor-type multiple dwelling house, first sold at the end of 1970s. The original layout was for a rather small three-bed room apartment, which was typical for a condominium apartment during this period. The original layout was designed to optimize the economic efficiency and functionality from the developer’s point of view – taking into account the standard lifestyle of the 1970s Japan. The layout was so clear that it was obvious as to where to put certain furniture in the living room, for example. However, such an “optimized” layout somewhat forced occupants to live the standardized life of the era, which seemed to limit the way they lived, and was experienced as rather suffocating.