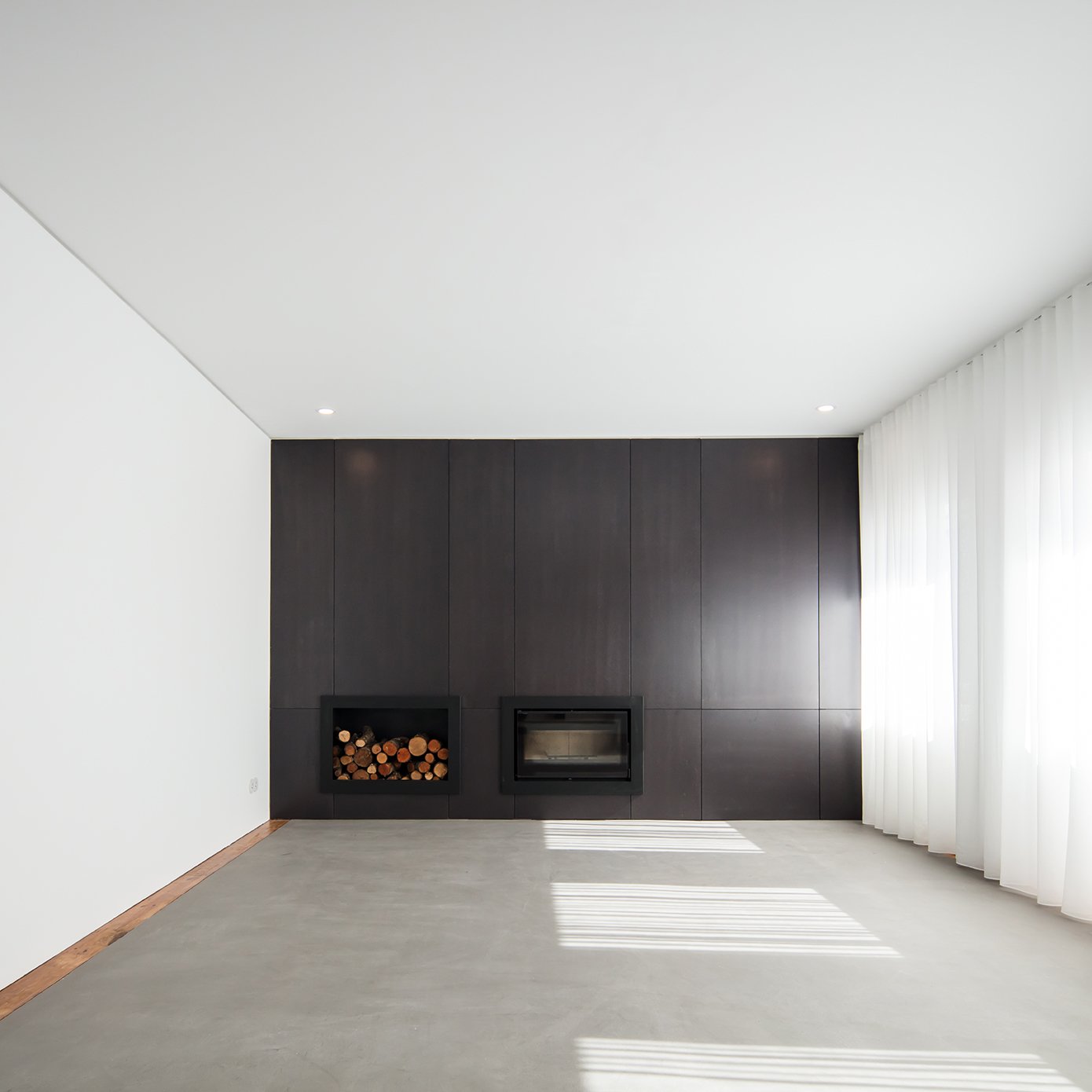 Sao Francisco House is a minimalist residence located in Guarda, Portugal, designed by Filipe Pina. The project is an urban typical house of the first half of the 20th century, presenting three sides and a garden. The surrounding buildings are characterized by several types of construction, a consequence of the successive city urbanistic growth stages. The clients wanted a pragmatic solution to the project, “willing to renew and rehabilitate the house with minimum demolition and in the most economical way”. The optimal conditions and building characteristics of the house allowed for a good project development. Soon, the designers understood that the living spaces of the house needed to be simplified, as it did show some old-fashioned elements added over time by the different owners, with external parts losing their coherence and some gloomy interiors agglomerated in quite messy, obsolete and isolated rooms. They kept the original functional layout of the house, where we only inserted few changes in view of adapting it to actual modern requirements, namely for the kitchen, toilets and bathrooms, and very seldom demolitions which allowed new internal paths. It was also decided to keep the original floors, wooden structures, some the roof and surfaces. Now the house lives from its inside where all spaces merge into one unique light and bright room.