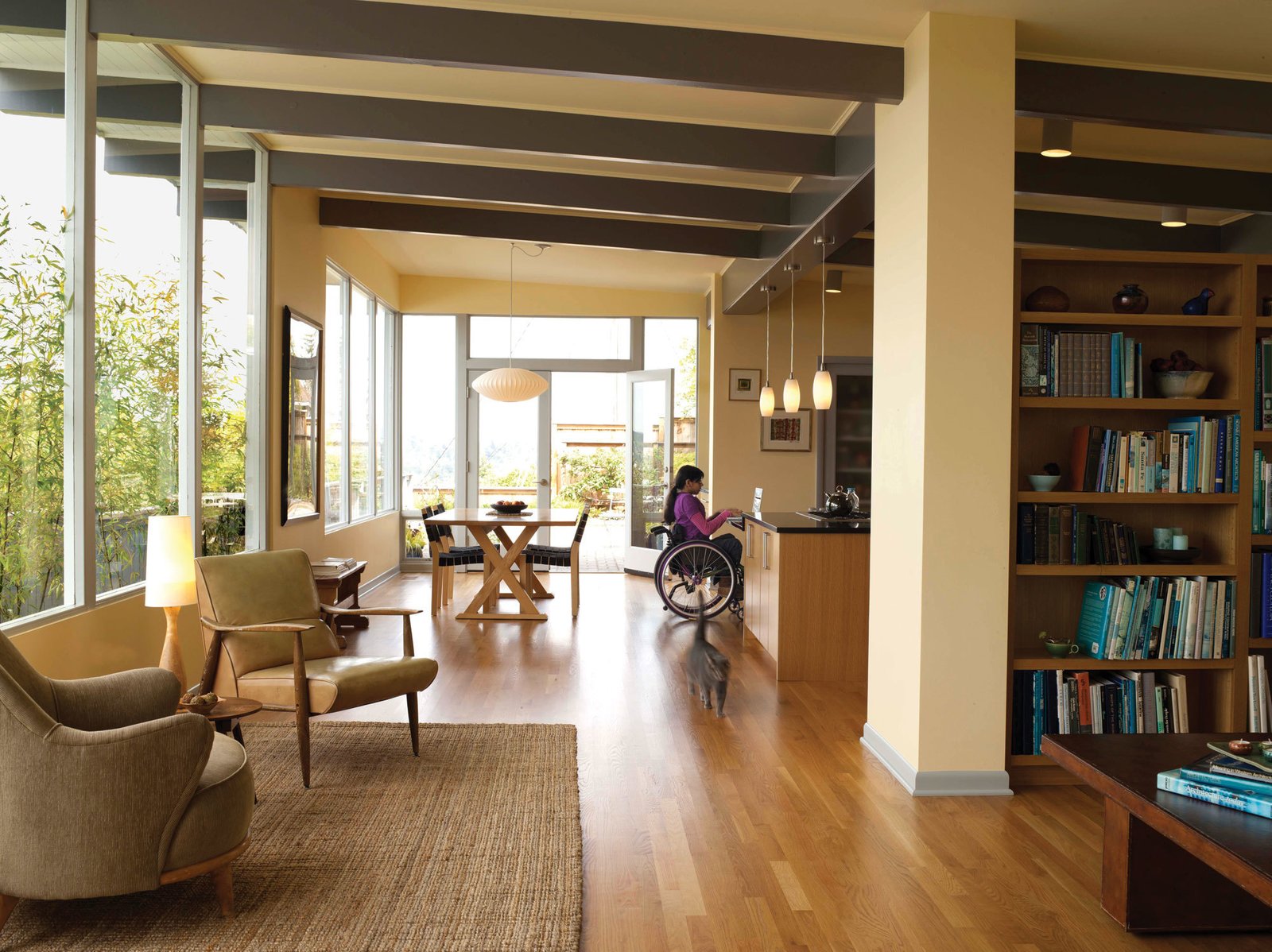 Having lived in, and loved, a modern house built in 1954 in Seattle’s Magnolia neighborhood since buying it in 1996, architect Karen Braitmayer and her husband, marine mechanic David Erskine, recently came to realize that the house was overdue for some modifications. Braitmayer, whose firm, Studio Pacifica, specializes in universal access space planning and ADA compliance for commercial and residential projects, is a wheelchair user, as is her and Erskine’s teenage daughter. With its open layout and single-floor plan, the house worked fairly well for many years, but, as Braitmayer says, "It was really my daughter growing up that spurred us to make some changes. Her disability is a little bit different from mine, and some of the things I was able to work around for a long time weren’t going to work for her." Braitmayer called in another architect, Carol Sundstrom of Seattle-based Röm Architecture Studio, who specializes in single-family remodels and with whom Braitmayer has collaborated on many projects.