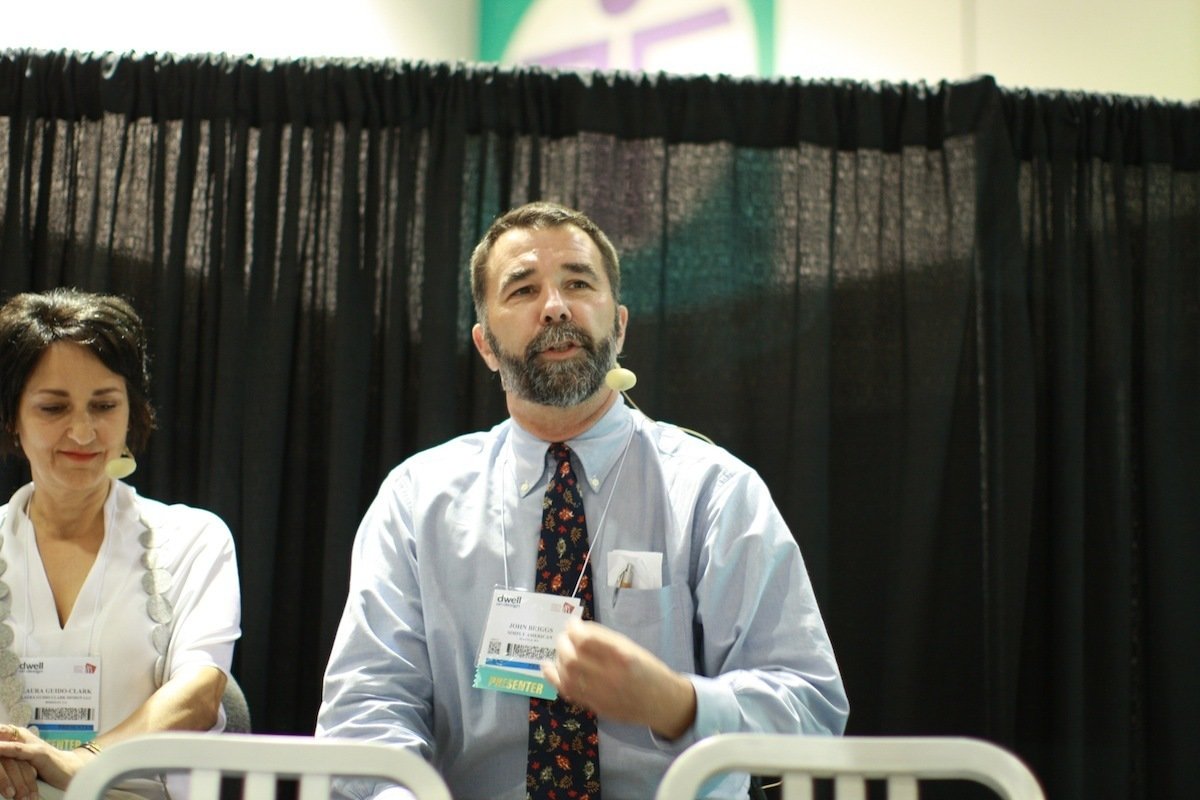 Guido-Clark (on the left) experienced this first-hand when a company knocked off a textile design she'd invested nearly a year into developing. The ensuing battle resulted in textile mills in the U.S. now requiring that designers provide evidence that a design is their own. Now Guido-Clark has a more stringent contract that states that companies she works for cannot produce any "sister products," nor produce any of her designs without paying her a royalty. She also made the case that the "passion and energy in real design is palpable." Briggs broadened the discussion, offering some compelling statistics about manufacturing in the U.S. According to him, there were 20 million Americans working in manufacturing in 1979. It's now down to 11 million. And we have a $300 billion trade deficit with China. He doesn't chalk this up to foreign-made knockoffs, of course, but they do figure into the equation. "We vote with our dollars every day," said Briggs. "It's an environmental disaster over there [in China]. The first thing I look at [when I'm buying something] is the label."