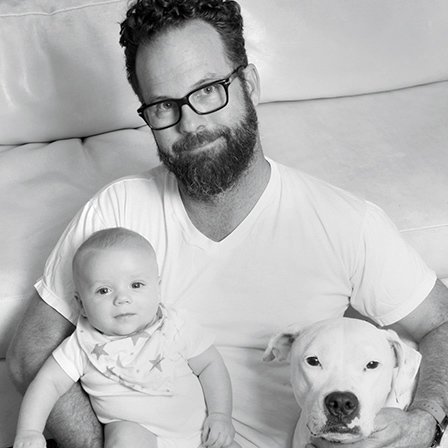 Brent Humphreys is an editorial and commercial photographer, based in Austin, Texas, whose work has appeared in Fortune, GQ, and National Geographic. After an initial Dwell shoot in 2004, Humphreys revisited the Bulverde, Texas, home of Billy and Janette Johnson designed by Lake|Flato Architects. The first shoot captured their triplets at age four. “Obviously, back then the boys were younger, and it was fun but controlled chaos,” Humphreys says. “Going back it was clear the boys are now young men and were very engaged with the process.”