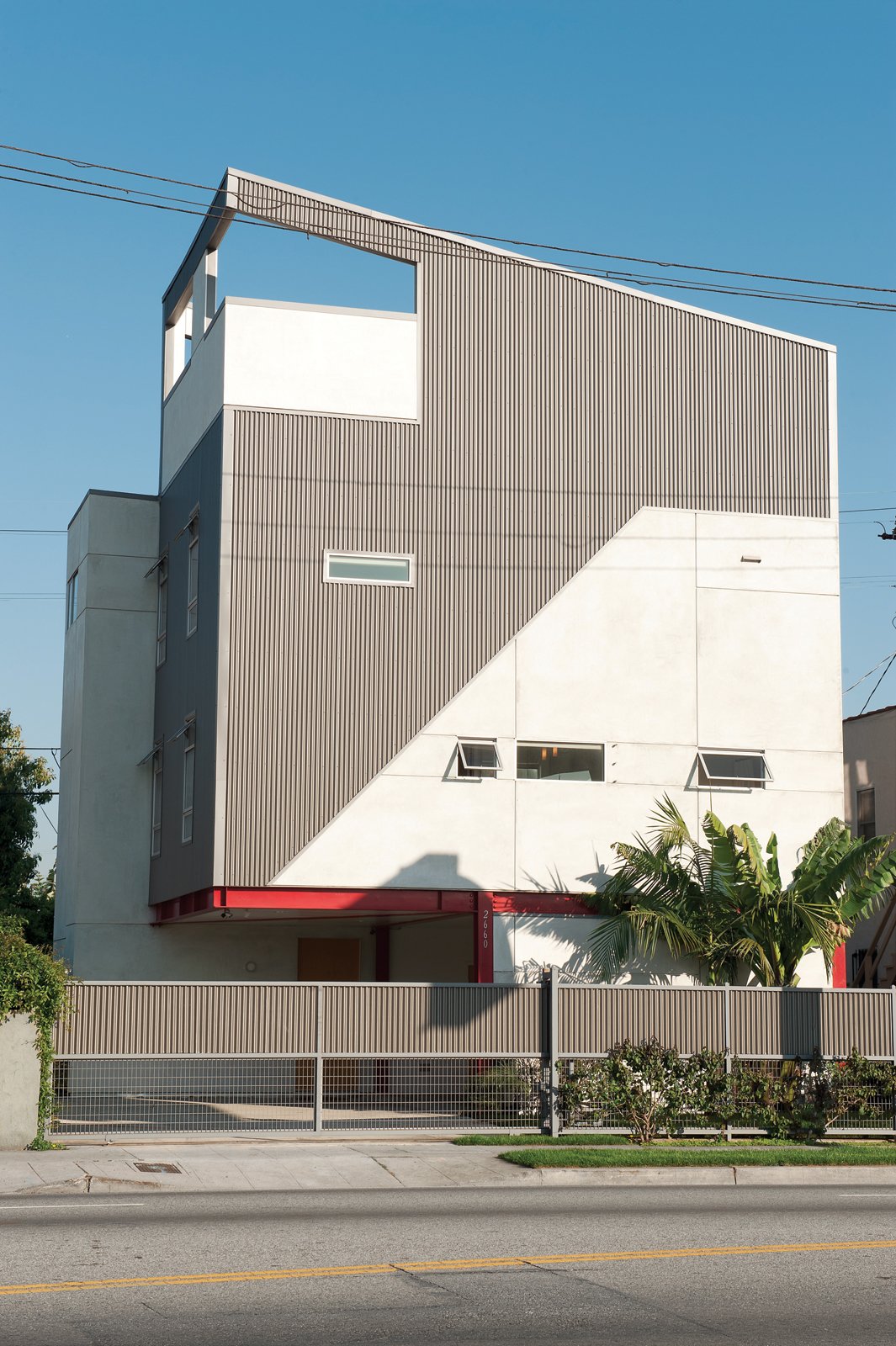 "Basic, inexpensive stuff like corrugated sheet metal, stucco, and drywall can look really great if it’s incorporated into the design in a modern and well-thought-out way," says architect Jayna Cooper. She used the material to clad her affordably built residence in Los Angeles. Photo by Mikey Tnasuttimonkol.

Architect Jayna Cooper had never designed a house before, much less played general contractor, when she broke ground on her new home in the middle of Los Angeles in 2009. After a grueling four months of hands-on work—managing subcontractors, sourcing materials, driving the front loader—she moved in. With a façade made of corrugated sheet metal, Cooper walks us through her completed home and reveals what it took to make this $200-per-square-foot abode a reality.