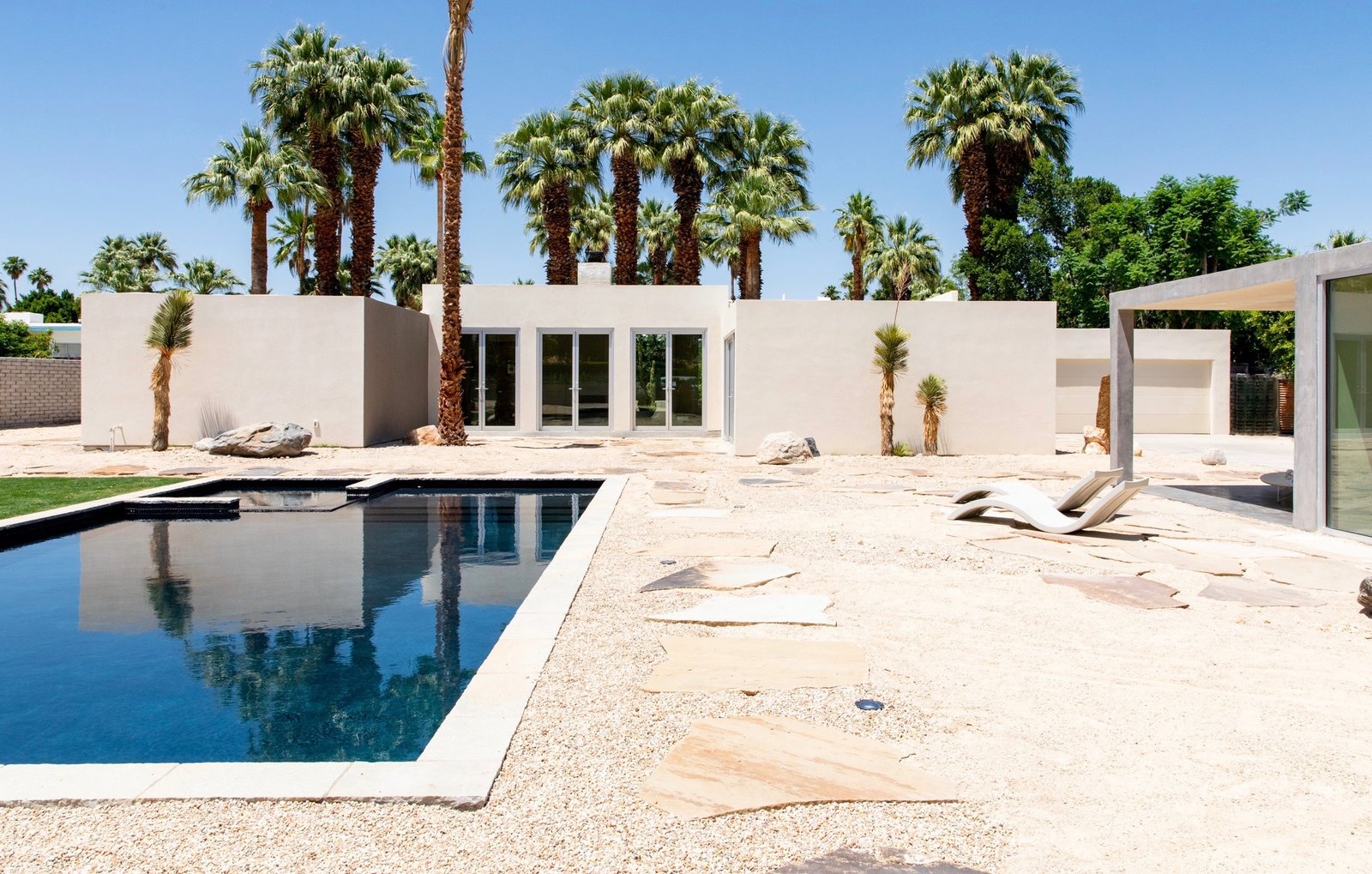 Years of regrettable remodels had obscured the Guthrie House’s origins, but Marina and Avalon Rossi uncovered its roots and decided to restore the architect’s vision. After years of research, the Avi Ross Group initiated a 2019 renovation that would bring the house back to Frey’s original design intent and also instill standards of modern living. "We wanted it to look like a house dropped in the middle of the desert, which it was originally," says Avalon Rossi.