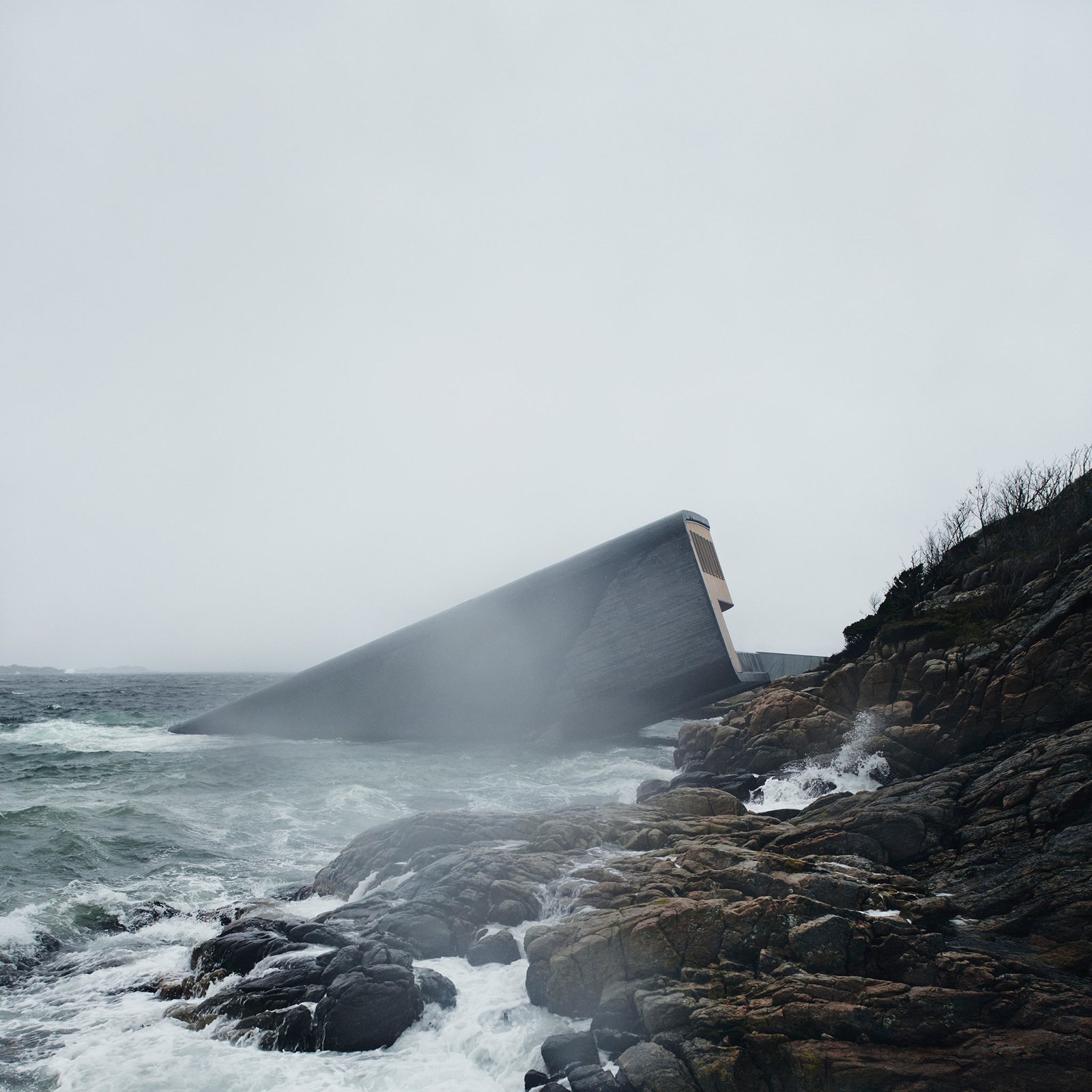 At Under, a Snøhetta-designed restaurant balanced on the Norwegian coast, guests dine 16 feet below the ocean’s surface. The tilted concrete tube gives the impression that it’s sliding into the sea. “The idea was to make a tube that would bring people from above sea level down under the sea,” lead architect Rune Grasdal told Dezeen. “That transition is easy to understand, but it’s also the most effective way to do it. It also feels secure, but you don’t feel trapped.” The angle was also designed with the building’s aquatic neighbors in mind. Over time the structure will become part of its environment, acting as an artificial reef. Marine research tools like cameras have been installed outside the restaurant to help scientists learn about the population, behavior, and diversity of the species living in this part of the North Atlantic.