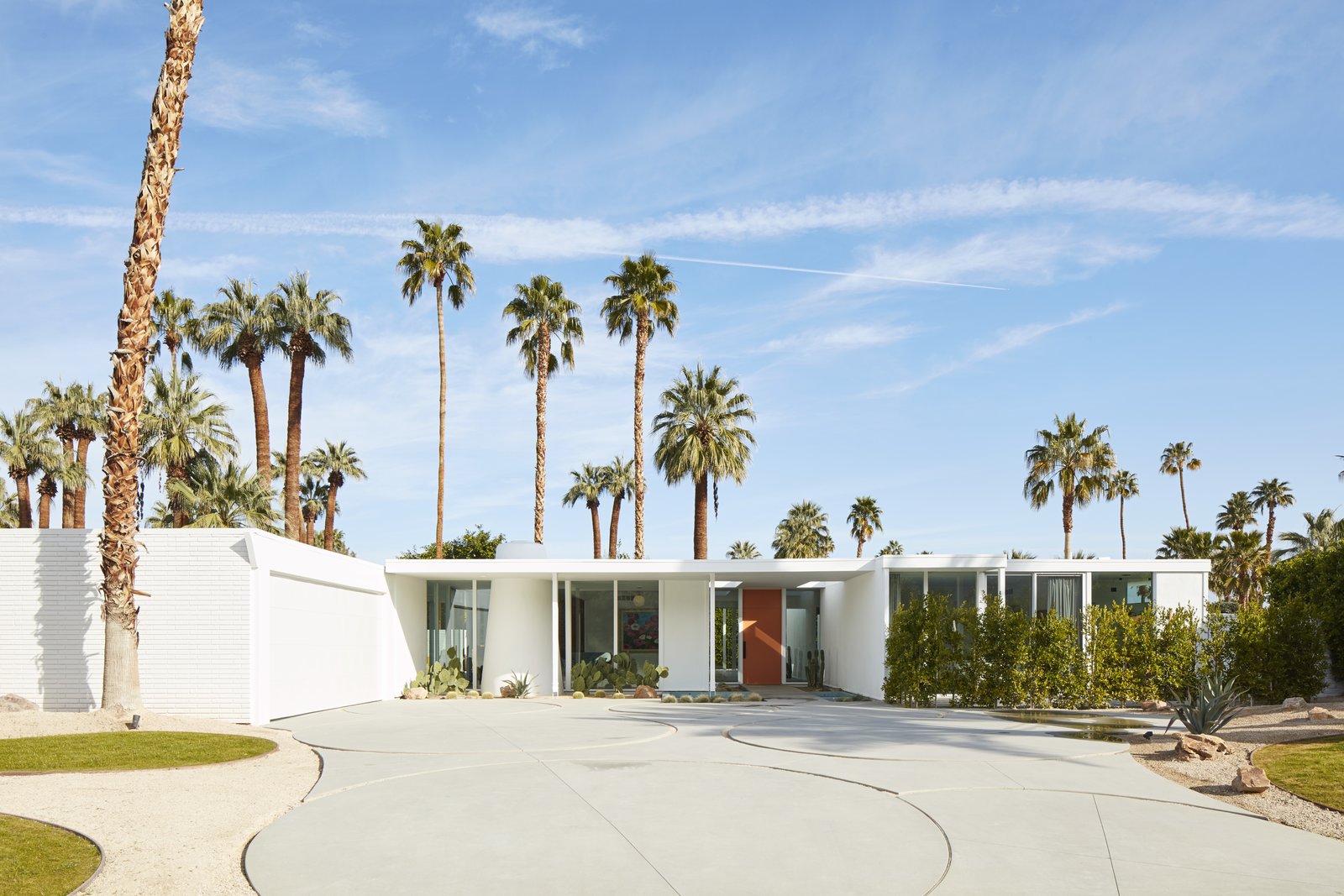 Seen today, it’s hard to imagine that Jessy Moss and Steve Jocz’s glistening white home in Indian Wells, California, was marketed as a teardown only two years ago. Sparing it the wrecking ball, Jessy, an interior designer who used to be a singer/songwriter, and Steve, a realtor who was once a member of the band Sum 41, embarked on a restoration. During the project, they uncovered evidence that the home might be an unrecognized work by iconic architect William F. Cody. The circular pavers in the driveway, replicas of originals, are strikingly similar to those Cody used for another midcentury motor court.