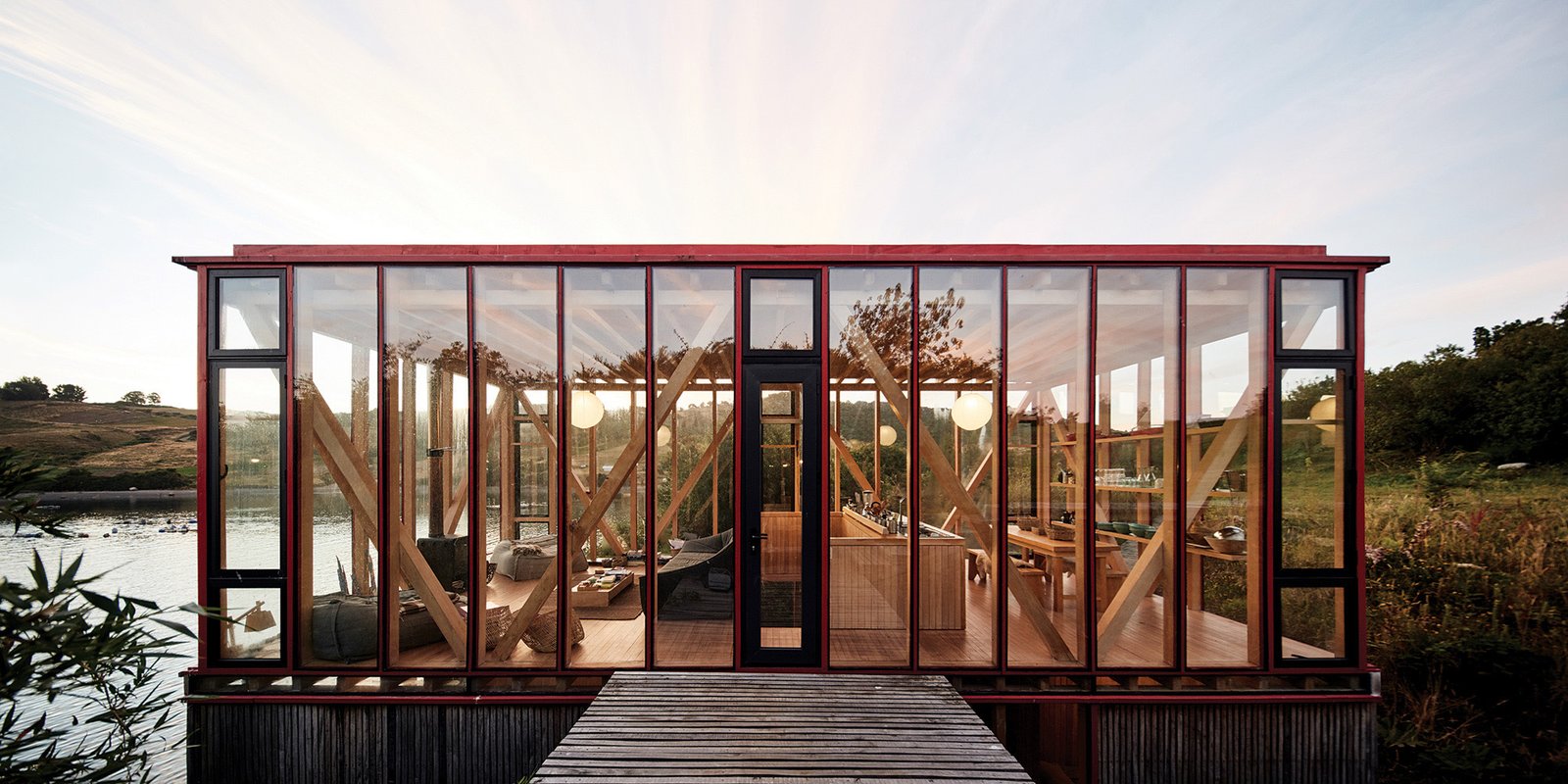 The fully glazed upper floors of the two cabins are designed to take in views of the archipelago, which was inhabited by nomadic tribes before Spanish explorers arrived in the 16th century. Guillermo first visited the area in the mid-1970s. "It was very isolated then," he says. "The Pan-American Highway reached only to the city of Valdivia. From there, a narrow dirt road covered the remaining 400 kilometers to the Chacao Channel, which separates Chiloé Island from the mainland."