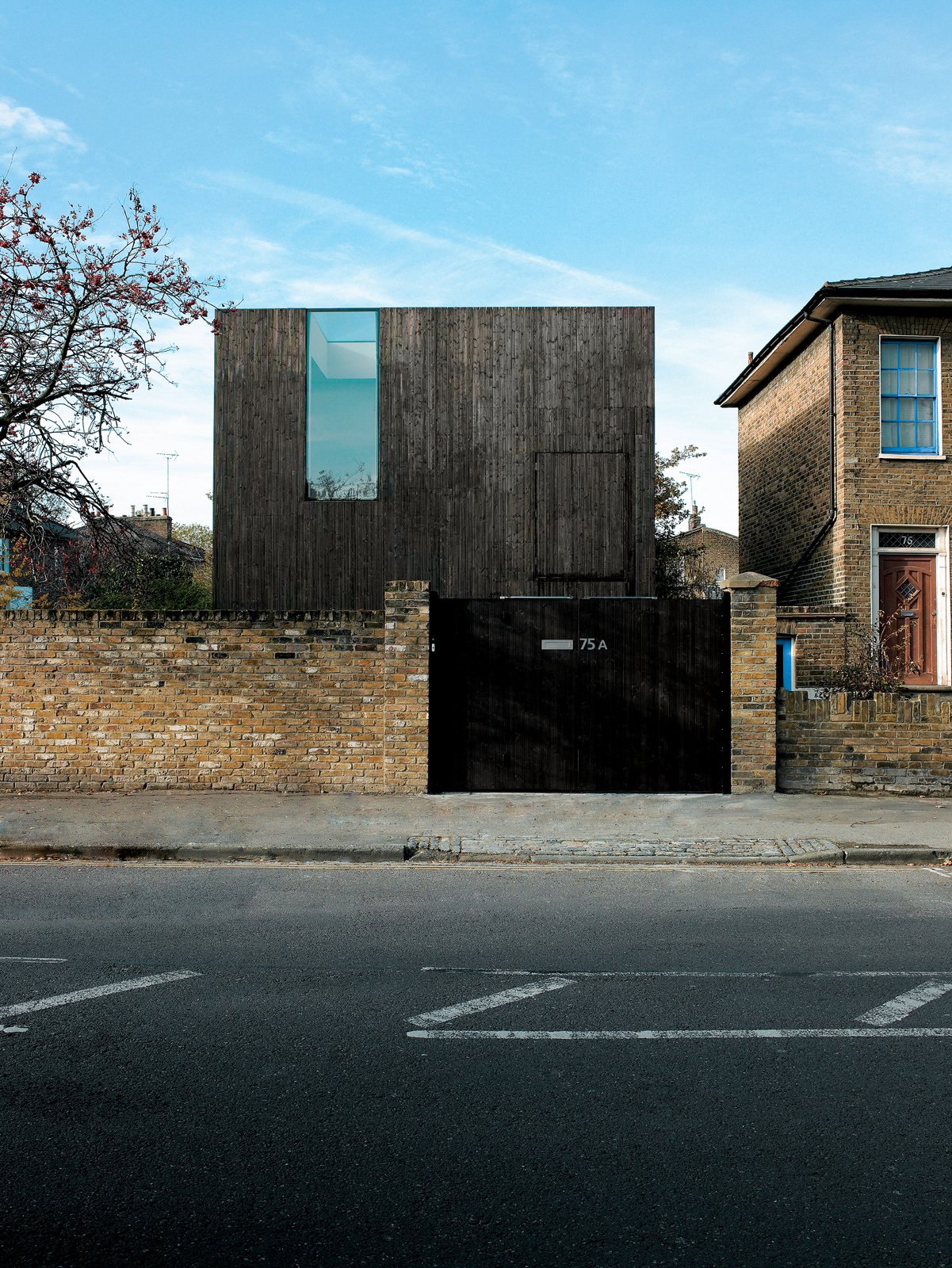 The facade achieves a notable sense of verticality for such a stout structure, with its stained-timber cladding aimed straight up toward the sky. The heavy, horizontal brick-work of the neighboring Georgian houses seems to imply aesthetic controversy, but in fact, during its short planning review, Reeve's house received letters of support from no fewer than five neighbors. The front gate opens onto a driveway, which in turn leads to a private patio around back.