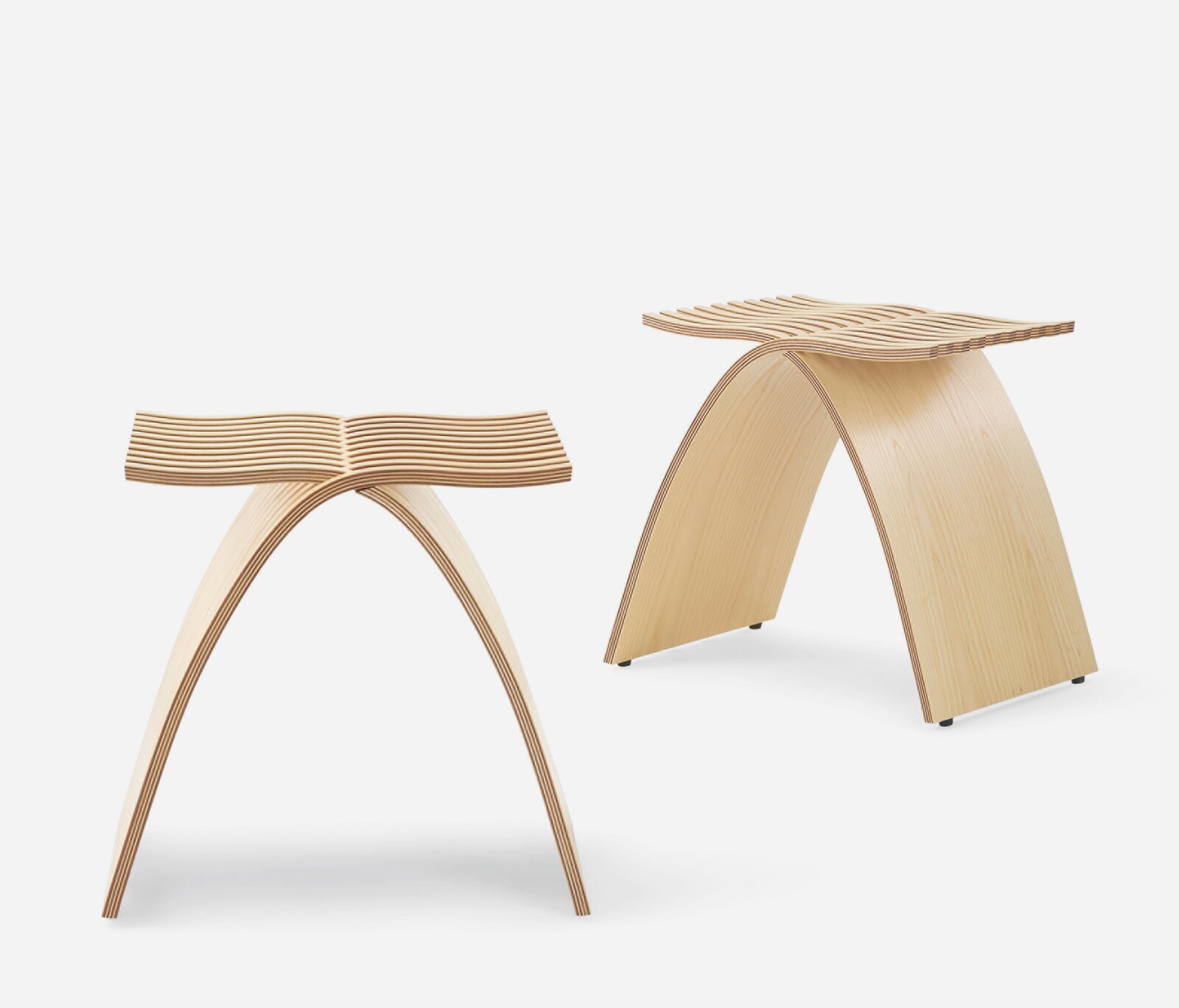 In 1999, having recently finished a large-scale, client-led project, designer Carol Catalano wanted to focus on something in-house with greater creative freedom, so she entered the International Furniture Design Competition held in Asahikawa, Japan. Requiring a full-scale prototype, she built her Capelli Stool in her garage, and it became a winning entry. Inspired by the intertwined fingers of clasping hands, the design gracefully interlocks two molded-plywood pieces in an elegant construction that requires no fastenings. A year after winning, Catalano licensed the stool to Herman Miller.